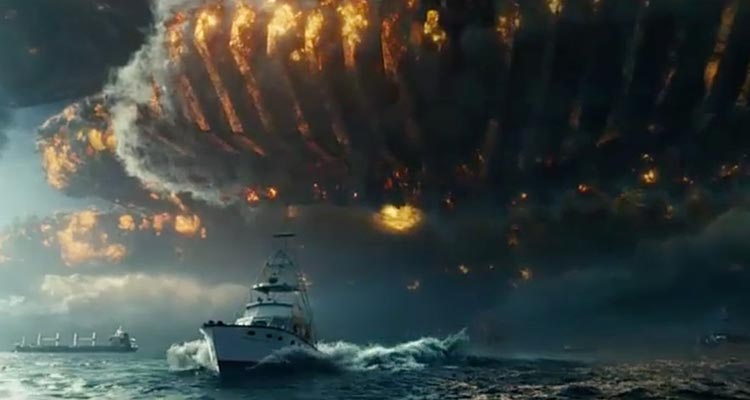 ‘Independence Day: Resurgence’ is released in Irish cinemas this week, and is the latest in a string of sequels to take what feels like forever in getting to the big screen. In truth, it has been 20 years since the first ‘Independence Day’ movie, and although the phrase says “strike while the iron is hot”, many sequels have not done so. Are filmmakers and studios waiting until audiences have waited long enough to view the films with a heavy dose of nostalgia, or does finding the right story and staying true to the original really take such a long time? There is always the risk that audiences will have waited long enough as to lose interest, so Movies.ie has taken a look at sequels that took their sweet time getting made.

Way back in 2005 ‘Sin City’, directed by Frank Miller and Robert Rodriguez, was released in cinemas. The film was an anthology of stories taken from Frank Miller’s graphic novel; Rodriguez, a long time fan of Miller’s work, had been so desperate to adapt ‘Sin City’ that he even went so far as to shoot a proof of concept showreel to prove to Miller that he was the man for the job. When it was released, ‘Sin City’ gained mostly favourable reviews for it’s dark, noir-esque feel, hyper violence and its faithfulness to Miller’s original work. Why then, did ‘Sin City: A Dame to Kill For’ take a whopping nine years to be made?!

Frank Miller was said to be working on the screenplay for ‘Sin City: A Dame to Kill For’ as early as 2006, but as time slipped by, the blame seemed to be put everywhere other than with the filmmaker. Rosario Dawson said in an interview with Sci-Fi Wire in 2006 that Rodriguez wanted Angelina Jolie to play Ava, and was holding up production due to Jolie’s pregnancy, and Frank Miller hinted at Comic Con in 2007 that the delay was due to the Weinstein Company. Whatever the case, ‘Sin City: A Dame to Kill For’ was finally released in 2014, to a drop of 35% on Rotten Tomatoes from ‘Sin City’ (78%) – ‘Sin City: A Dame to Kill For’ holds 43% – and box office takings of almost $120 million less than the first film; $39.4 million against a budget of $65 million. Ouch. It seems this nine year delay really did hurt the ‘Sin City’ franchise, with little hope of the promised third film being made.

Also in the nine year club was ‘Anchorman 2: The Legend Continues’, which fared better than the ‘Sin City’ franchise, and made $173 million against a budget of $50 million, beating the original’s $90 million at the box office. As well as this, ‘Anchorman 2: The Legend Continues’ holds 75% on Rotten Tomatoes; stronger than the original, which stands at 66%. Sometimes good things do come to those who wait…

…But not always. There was a 14-year gap between ‘Zoolander’ and ‘Zoolander 2’, the former holding 64% on Rotten Tomatoes, and the latter languishing with just 24%. Ben Stiller stated as early as 2008 that he wanted to make a sequel to his 2001 sleeper hit, but in 2012, admitted that the screenplay was just not coming together in the right way. Nevertheless, ‘Zoolander 2’ went ahead and was released in cinemas last year to generally negative reviews. This attempt to cash in on nostalgia and the cult fandom that grew up around the first film generally failed – perhaps because those the film lampooned were now in on the joke!? – with ‘Zoolander 2’ making just $55 million worldwide, against a budget of $50 million. Eek. Seems they never got that screenplay right after all.

Other long awaited sequels include ‘Tron: Legacy’ (28 years), ‘Dumb & Dumber To’ (11 years) and ‘Indiana Jones and the Kingdom of the Crystal Skull‘ (19 years) and while most of these were less than successful – the less said about the fourth ‘Indiana Jones’ film the better – there was good news for dinosaur fans last year, with the release of ‘Jurassic World’.

There were films set in the ‘Jurassic Park’ universe being released until 2001, but after critics panned ‘Jurassic Park III’, it seemed it was time for the people involved with the franchise to go back to the drawing board. Although ‘Jurassic World’ was not released until 2015, there were plans to make a fourth film in the franchise as early as 2001 and rumours flew about who was actually attached to the film; Kiera Knightley was attached as early as 2003, ‘Gods of Egypt’ director Alex Proyas’ name was mentioned in 2004 and David Boreanaz was rumoured in the same year. In 2005, Ain’t it Cool News got their hands on, and published, a leaked version of the film’s script, which was confirmed to be an early version of the script for the film. Although a script was in place, it took a further 10 years for ‘Jurassic World’ to finally reach cinemas, with the film chomping through writers faster than a T-Rex at a goat farm.

It seems the sad reality of delayed sequels is that getting the screenplay right takes an immense amount of time. Not only do filmmakers have to make sure that this new addition fits the tone, feel and world of the films that have gone before, but they have to make sure that fans of the original films will be engaged and satisfied with how their beloved characters are treated. It’s a delicate balance, and one that many struggle to get right. Many fans of the ‘Indiana Jones’ franchise refuse to acknowledge the existence of the fourth film; the same goes for ‘Star Wars’ fans and the prequel trilogy.

With ‘Ghostbusters’, ‘Bad Boys 3’, ‘Beetlejuice’ and ‘Disenchanted’ – a sequel to ‘Enchanted’ – on the way, it remains to be seen whether these can carry on the spirit of the films that inspired them, and take care with their legacy. A lack of cynicism, however, and a desire to tell an engaging story with characters that audiences know and love seems to be the winning combination to make any sequel work, and with one that has been decades in the making, an acknowledgement of the nostalgia that audiences have for the original film goes a long way too. ‘Independence Day: Resurgence’ has a lot riding on it, and only time will tell whether lightning will strike twice for director Roland Emmerich in the first sequel that the director has helmed.

‘Independence Day: Resurgence’ is released in Irish cinemas on June 23rd 2016. Watch the trailer below…