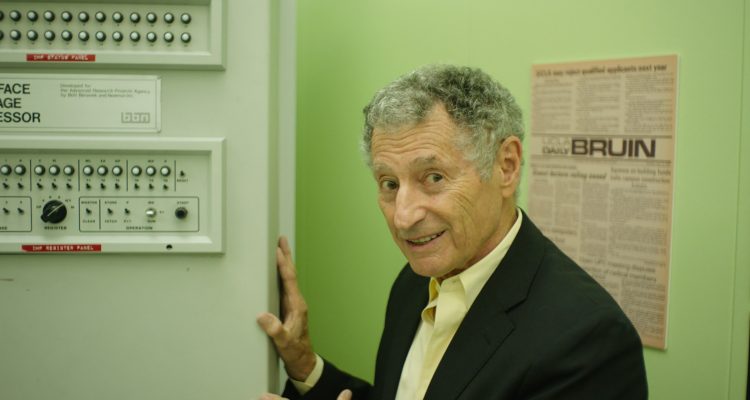 Lo and Behold: Reveries of the Connected World

LO & BEHOLD: REVERIES OF THE CONNECTED WORLD (USA/Club/98mins)
Directed by Werner Herzog
THE PLOT: In his new documentary, acclaimed filmmaker Werner Herzog casts his eye over something that we use every day and take for granted; the internet. Over the course of the film, Herzog looks at the Internet’s creation, its uses and dark side, as well as taking a look as to what the future may hold for us as we become ever more reliant on the internet both as a form of communication and as a way to automate our lives.
THE VERDICT: Although Werner Herzog’s film are beloved by fans of oddball filmmaking, there are times when Herzog himself is as famous as the stories he tells. The man has eaten his shoe as part of a dare, shot a film about ancient cave paintings in 3D and turned his hand to acting [‘Jack Reacher’, ‘Rick & Morty’, ‘Parks & Recreation’] and narrating [‘Go the F**k to Sleep’], but all of this aside, there is something very special about the way that Herzog looks at what most people consider to be the ordinary, and this skewed and interesting point of view is in full effect in ‘Lo and Behold: Reveries of the Connected World’.
When you consider that many of Herzog’s films are concerned with communication – or the lack thereof – it is hardly surprising that he has turned his eye to the Internet. Over the course of ‘Lo & Behold: Reveries of the Connected World’ – which takes its name from the first word ever communicated between computers; “Lo” – Herzog takes us through the birth of the internet, and reminds us of the fears associated with it – hacking, loss of identity, addiction, abuse – as well as the good that it has brought to the world, including games that have created gene therapies, self driving cars and education. The main question that Herzog asks is “how do we keep [the internet] running? How do we guard it?” but of course becomes more experiential and absurd as he takes a leaf from Philip K. Dick’s book and asks whether the internet is capable of dreaming of itself.
Through interviews with internet pioneers Ted Nelson and Leonard Kleinrock, Internet Protocol Designer Bob Kahn, Roboticist Sebastian Thrun, Astronomer Jay Lockman, Entrepreneur Elon Musk, and internet addicts Tom and Chloe, as well as convicted hacker Kevin Mitnick, and the family of a girl named Nikki who died in a horrific car crash; the pictures of which were leaked online, Herzog pulls apart the role that the internet plays in our society, and the risks that come with our reliance on it, before turning his eye to the future and where it seems that the service is going. There are times when Herzog’s narrative seems unnecessarily doom laden, but what becomes clear is that a scepticism of the internet and those that use it is probably wise. The question that Herzog keeps bringing up is one of love, and it seems clear that this basic human need is something that the internet can never give us, even as it simplifies our lives.
In all, there is plenty to giggle at in ‘Lo and Behold: Reveries of the Connected World’, including Herzog volunteering to go on a one-way trip to Mars, but there is plenty to also make us think more about the internet; something we reply heavily upon in our every day lives, and which many of us trust implicitly. Herzog has made another film that makes audiences think about the world around them, and this is when the filmmaker is at his absolute best.
RATING: 4/5
Review by Brogen Hayes