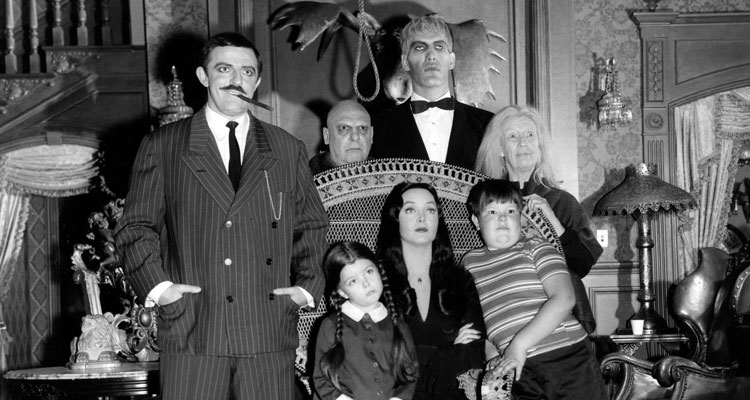 Get ready to click your fingers! ‘Beetlejuice’ and Edward Scissorhands’ director Tim Burton will reportedly lend his gothic playfulness to a new live-action series of everyone’s favourite creepy crawly family, ‘The Addams Family.’

Created by Charles Addams in 1938 as a satirical spin of the ideal twentieth-century American family, ‘The Addams Family’ tells the misadventures of a blissfully macabre but extremely loving family – Gomez and Morticia Addams, their children Wednesday and Pugsley, and close family members Uncle Fester, Grandmama, their butler Lurch, the disembodied hand Thing, and Gomez’s Cousin Itt,

The popularity of Addams’ original single-panel gag illustrations spurred a live-action television series starring John Astin and Carolyn Jones, an animated series that aired in 1973, and two movies in the early 1990s starring Anjelica Huston, Raul Julia, and Christina Ricci. More recently, the mysterious and spooky clan made their way back to the big screen with an animated feature film in 2019, with the sequel set to drop in 2021.

While not confirmed Deadline’s sources say the new live-action series would be set in present times and be from the perspective of young Wednesday Addams and what the world would look like to her in 2020.

Burton is believed to be in negotiations to executive produce the series, with an toward directing all episodes of the proposed new series. ‘Smallville’ duo Alfred Gough and Miles Millar serving as head writers, executive producers and showrunners,