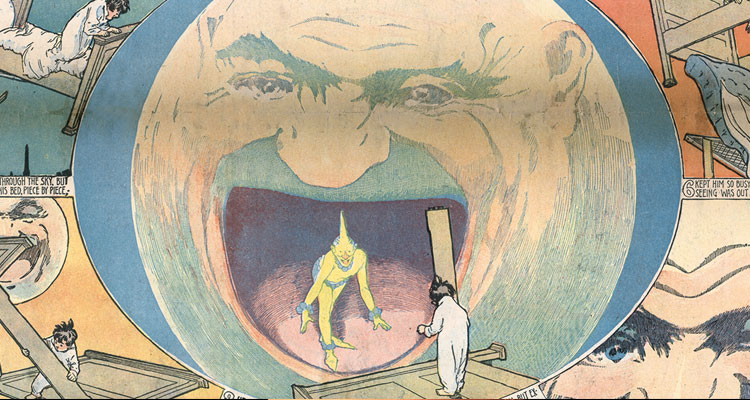 ON Animation, the studio behind the award-winning ‘The Little Prince,’ is teaming up with Hyrum Osmond, head of animation on Disney’s ‘Moana,’ for a new animated film adaptation of Winsor McCay’s classic comic strip ‘Little Nemo in Slumberland.’

Best described as a cross between ‘Alice in Wonderland’ and ‘Hook,’ the fantasy-adventure centres on a young boy who journeys through the land of dreams.

Osmond will take the director’s chair, with Aton Soumache and Dimitri Rassam of ON Animation producing alongside Alexis Vonarb and Emmanuel Jacomet. The film is budgeted at around $70 million.

The creative team behind the project includes Lino DiSalvo, the head of animation on ‘Frozen’ and Tito Ortiz, former vice president of Illumination Entertainment. In addition to serving as producers, both will spearhead creative development at the studio.

“The strip is truly an unlimited source for astonishing adventures,” said Soumache in a statement. “McCay created a world made for CGI a century before the technology existed. It’s a passion project at the heart of ON Animation’s philosophy: a beloved property leading to a story of emotional truth, set against a never-before-seen world.”

“‘Little Nemo in Slumberland’ is a masterpiece that has influenced generations all over the world, breaking new ground in visual storytelling. I look forward to joining the amazing team at ON Animation to bring this beloved work to life,” said Osmond.

McCay’s seminal comic strip was previously adapted to the screen with an American-Japanese feature-length film in 1989. The film featured a screenplay by Chris Columbus and Richard Outten, based on a story by legendary French artist, cartoonist and writer Jean “Moebius” Giraud.