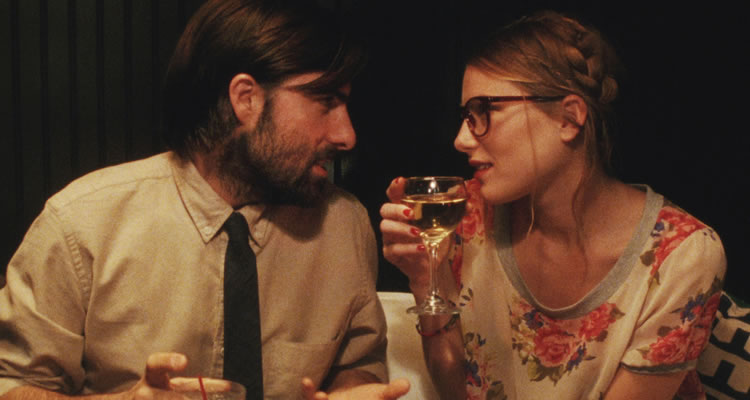 LISTEN UP PHILIP (USA/IFI/108mins)
Directed by Alex Ross Perry. Starring Jason Schwartzman, Elisabeth Moss, Jonathan Pryce, Krysten Ritter, Josephine de La Baune, Jess Weixler, Dree Hemingway, Keith Poulson.
THE PLOT: It’s not easy being an incredible writer – amen to that, brother! – and for Philip Lewis Friedman, the heaviest price is having to deal with people who just don’t believe that he’s an incredible writer. Who needs space. And love. And no one else. It’s something his girlfriend, Ashley (Moss), clearly doesn’t understand, and so, when Philip is given the chance to stay with noted writer Ike Zimmerman (Price) in his country retreat, he jumps at the chance. But will that finally make Philip centred, content and productive? Will it feck…
THE VERDICT: Written and directed by the multi-talented young Alex Ross Perry (who also acts, produces, etc agus etc), LISTEN UP PHILIP is a sweet swipe at creative types. And it will no doubt be loved and adored by creative types. The very thing that makes LISTEN UP PHILIP rich for the arty bastards set makes it poor for those with healthy, well-balanced pysches though – which may explain why the film didn’t quite catch fire in the US last year.
Schwartzman couldn’t be better cast, whilst Pryce has a ton of fun doing the pretentious old fart routine. Moss and Ritter work well too, having to justify characters who would stick around for an obnoxious misanthropic.
RATING: 4/5
Review by Paul Byrne