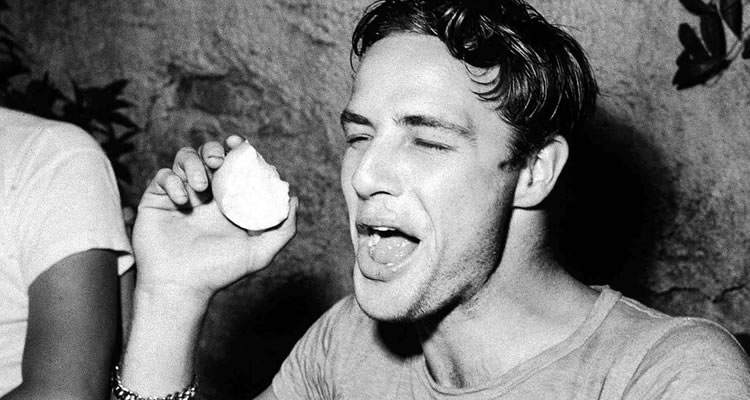 Listen to Me Marlon

LISTEN TO ME MARLON (UK/15A/10min)
Directed by Stevan Riley.
THE PLOT: For much of his life, actor Marlon Brando made audio recordings of his thoughts, observations, memories and at times, self hypnosis. Director Stevan Riley has compiled these recordings and made them available to the public for the first time in this new documentary.
THE VERDICT: The idea that Marlon Brando was recording the intimate details of his inner life for many years is an odd one; this is a man who was notoriously private and, although his life was marred with tragedy, did his best to stay out of the spotlight as himself. His acting was another story. Director Stevan Riley, with the full cooperation of the Brando estate, has edited what must be hundreds of hours of audio into a 103-minute film that finally allows audiences to hear what was going on in Brando’s mind, 11 years after his death.
‘Listen to Me Marlon’ takes audiences through Brando’s early success as an actor, his feelings about it and his love of the job he found himself doing. Of course, things begin to sour after Brando has bad experiences on several film sets and he discusses this on the tapes, as well as the fact that he has had his head digitised, and this must surely be the swansong for flesh and blood actors. The observations and insights offered in the film are fascinating, as this is a side of Brando that was never allowed to be seen in the spotlight, and one that gives a greater understanding of who that actor was behind closed doors.
Director Riley has compiled the audio recordings with archive footage of Marlon Brando in interviews, newsreel footage and answer phone messages. The screen is rarely blank however, with footage from Brando’s films and interviews blended with what seems to be home movie recordings and shots of homes that Brando lived in. The first half of the film is well paced and engaging, but it is after the one hour mark that it seems Listen to Me Marlon runs out of steam and loses its way slightly.
In all, ‘Listen to Me Marlon’ is a fascinating look at the life of a notoriously private and reclusive actor. Brando’s tapes are frank, touching and often funny, but the film could have done with a tighter edit to keep the pace and momentum going. That said, if you are looking for a reminder of what a remarkable talent Marlon Brando was, and always wondered what he really thought behind closed doors, ‘Listen to Me Marlon’ is a must see.
RATING: 4/5
Review by Brogen Hayes

Review by Brogen Hayes
4
A must see