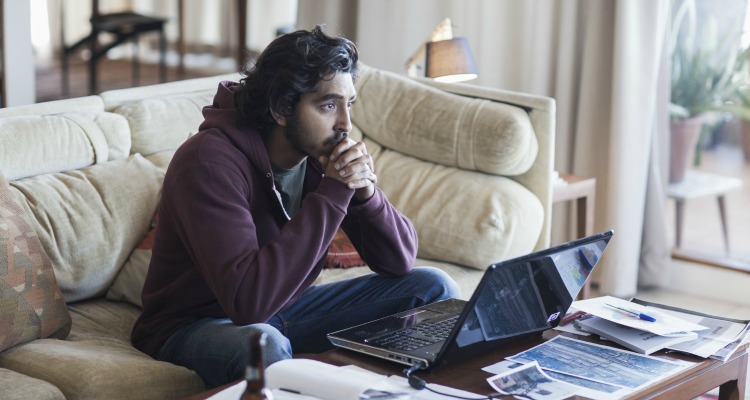 LION (Australia/PG/118mins)
Directed by Garth Davis. Staring Dev Patel, Nicole Kidman, Rooney Mara, David Wenham, Sunny Pawar.
THE PLOT: 25 years after he fell asleep on a decommissioned train and awoke in Calcutta, thousands of miles from home, Saroo (Dev Patel) – now living in Australia, having been adopted by an Tasmanian couple – sets out to find out just where he came from, with the hope of being reunited with the family he lost so many years before.
THE VERDICT: Based on the true story of Saroo Brierley, and adapted from his book ‘A Long Way Home’, ‘Lion’ is a heartbreaking and engrossing film, but definitely one of two halves. The first, which tells just how young Saroo (Sunny Pawar) came to be lost on the streets of Calcutta is almost silent, powerful and enlightening, but the second, where the adult Saroo sets out on an almost impossible mission to find his home using Google Earth is a lot more conventional, but no less moving.
Sunny Pawar, the young actor who plays Saroo as a child, is the heart and soul of ‘Lion’. A tiny child with huge eyes, Pawar inhabits the character of Saroo and not only makes the child likeable and gutsy, but also vulnerable and lost with ease. Dev Patel carries on the role of adult Saroo carefully, there are still touches of the lost child within the character, but he also makes Saroo confident and tenacious as he searches for his family. Nicole Kidman dials it way back as the likeable and gentle Sue Brierley, making the character very much a supporting one, Rooney Mara shows there is more to her than restraint and coldness with the warm and relatable Lucy, and David Wenham rounds out the cast as John Brierley, Saroo’s adoptive father.
The story is based on Saroo Brierley’s book ‘A Long Way Home’, but screenwriter Luke Davies – whose previous works include Candy and Life – obviously changed some details to make the story work for the screen. The choice to have the first half of the film almost silent, with very little dialogue, serves to underline how lost young Saroo is, compounded by the fact that he does not speak Bengali. Almost all of the first half of the film is told through the visual, and this allows young Saroo to be the live and relatable heart of the story; we have all been momentarily lost as children, and this first half of the film draws this out with frightening effect. The second half of ‘Lion’, as mentioned, becomes more conventional, as the adult Saroo finds himself obsessed with solving the mystery of where he came from. Still economical on dialogue, it is undeniable that the story is moving, but there are times where the second half of ‘Lion’ feels predictable and obvious as to where it is headed. It is in the last few minutes, however, that ‘Lion’ claws back the good will created in the beginning, with a moving and carefully handled finale.
Director Garth Davis has coaxed wonderfully understated performances from most of his cast, and by allowing Sunny Pawar to carry the first half of the film, makes sure that the emotion and affection created by the young actor carries through to the second half of the film. All of the cast are remarkably on form, and play characters we recognise from our own lives, making sure that this outlandish true story feels as though it could have happened to any of us. Add to this Greig Fraser’s beautiful cinematography underlines the power that the idea of home carries.
In all, ‘Lion’ lives and dies by dividing the tale into two halves; the first is engrossing, moving and utterly remarkable, before the second heads down more familiar roads. That said, ‘Lion’ contains powerful performances, unusually economical dialogue and beautiful cinematography. Even though it is clear where ‘Lion’ is headed, it is a beautiful and rewarding journey, full of thrills and hear, to go on. Oh, and keep an eye out for Sunny Pawar, he is a tiny powerhouse.
RATING: 4/5
Review by Brogen Hayes