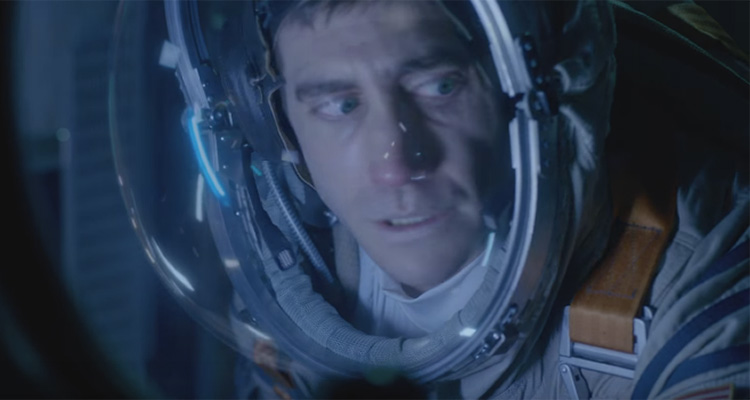 LIFE (USA/15A/103mins)
Directed by Daniel Espinosa. Starring Jake Gyllenhaal, Rebecca Ferguson, Ryan Reynolds, Hiroyuki Sanada, Ariyon Bakare.
THE PLOT: When the crew of the International Space Station discover potential life in samples that come back from Mars, they are understandably excited, and when the single cell organism – nicknamed Calvin by an elementary school back on Earth – begins to grow, so does the crew’s excitement. When Calvin begins to get aggressive however, the crew realise they have to stop the creature making its way to Earth, even at the cost of their own lives.
THE VERDICT: ‘Life’ sets out to be a standalone space horror thriller, but with obvious nods to ‘Alien’ and ‘Gravity’, the film ends up feeling like the love child of both, and not quite as good as either.The crew of the International Space Station is made up of Jake Gyllenhaal, Rebecca Ferguson, Ryan Reynolds, Hiroyuki Sanada and Ariyon Bakare, a stellar cast that do well with what they are given. ‘Life’ is not a film about the characters aboard the space station – in fact, the more we learn about certain characters, the more we are sure they are not going to get out alive – but each of the cast get their moment, and they do well with the limited time they are given to develop their characters on screen. Gyllenhaal perhaps has the biggest opportunity of the entire cast, and milks it for everything that it is worth.
Written by Rhett Reese and Paul Wernick, who previously collaborated on ‘Deadpool’ and ‘Zombieland’, ‘Life’ starts off as an atmospheric thriller, but the audience’s knowledge goes against their enjoyment of the film, as when Calvin begins to turn against the human life on the ISS, the audience already knows that things are going to go wrong. Add to this the feeling that ‘Life’ was heavily inspired by ‘Alien’, with a touch of ‘Gravity’, it is difficult to shake the feeling that we have seen all of this before, and we know where things are inevitably going to end up.
As director, Daniel Espinosa ramps up the unsettling and creepy feel of being alone in space right from the very beginning. There are times when Espinosa tries to show off his skill through long tracking shots, but these added to the zero gravity atmosphere of the ISS end up feeling dull and drawn out. The pacing of the film is strong enough, with the audience barely getting to chance to catch their breath between attacks from Calvin. That said, the familiar feeling of the film is hard to shake, even though many of the performances in the film are strong, and the twist at the end is easy to see coming from a mile away.
In all, ‘Life’ is a decent space thriller, but there is a familiar feel to the film that is hard to shake, as well as an inevitability that is obvious from the start and some very clunky foreshadowing. The performances in the film are fine, as is the pacing, but when it comes down to it, ‘Life’ is a film that we have seen before.
RATING: 3/5
Review by Brogen Hayes