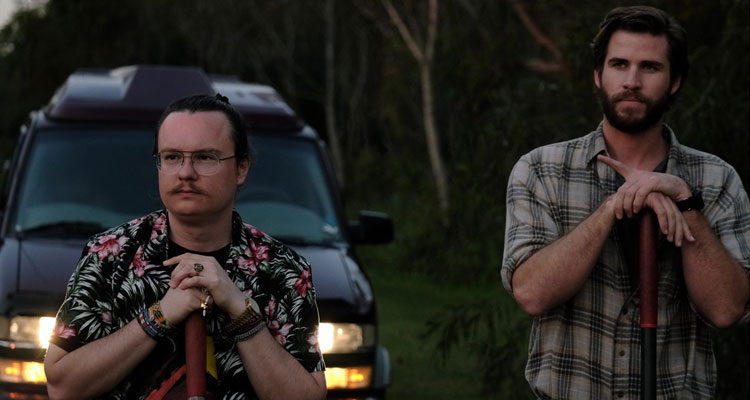 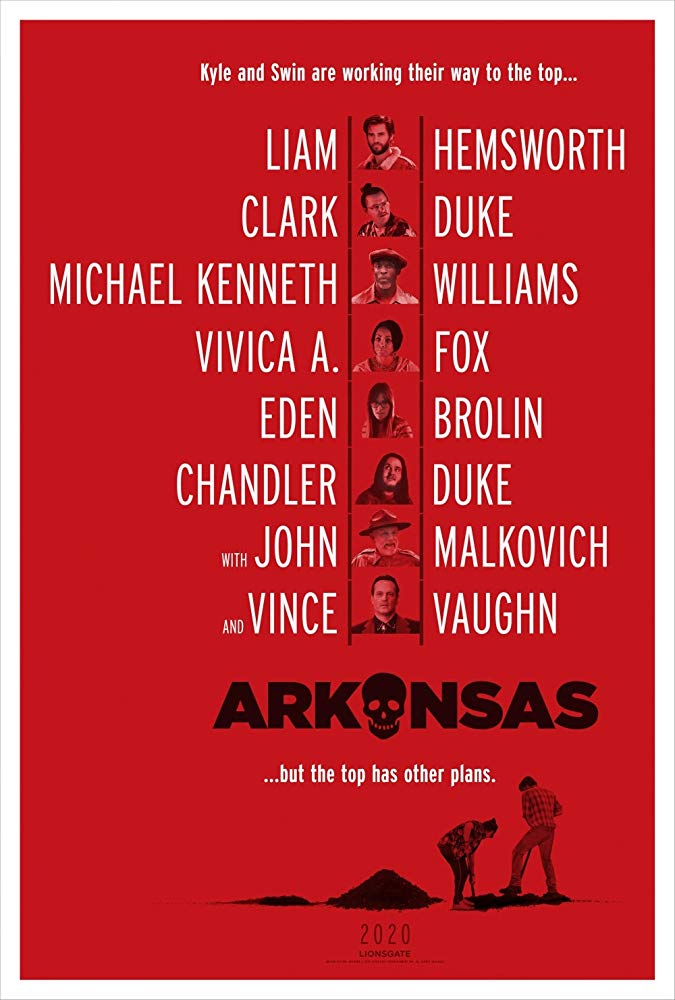 Based on John Brandon’s best-selling book of the same name, actor Clark Duke’s directorial debut follows Kyle (Liam Hemsworth) and Swin (Duke), a pair of bottom rung drug runners who live by the orders of an Arkansas-based drug kingpin named Frog (Vince Vaughn), whom they’ve never met. Posing as junior park rangers by day, they operate as low-level drug couriers by night under the watchful eye of Frog’s proxies (John Malkovich and Vivica A. Fox). Swin then settles into his day job by taking up a relationship with Johnna (Eden Brolin) against orders to blend in while Kyle continues to question his night job by trying to figure out who Frog really is. Their world is then upended after one too many inept decisions, and Kyle, Swin, and Johanna find themselves directly in Frog’s crosshairs, who mistakenly sees them as a threat to his empire.