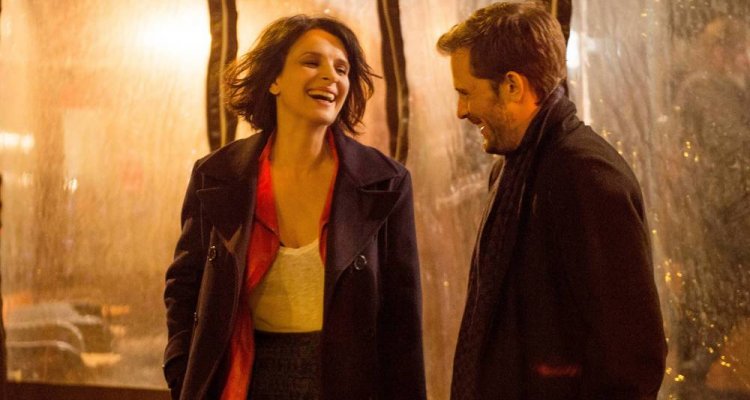 Let the Sunshine In

LET THE SUNSHINE IN (France / Belgium / 15A / 95 mins)
Directed by Claire Denis. Starring Juliette Binoche, Xavier Beauvois, Nicolas Duvauchelle, Gerard Depardieu.
THE PLOT: Parisian artist Isabelle (Juliette Binoche) is in a bit of a funk when it comes to her love life. Now divorced and living with her 10-year-old daughter, she’s finally looking for the great love of her life. In all the wrong places of course, starting with sleazeball married man Vincent (Xavier Beauvois), who is possessive and jealous of any attention she gets from other men. Then there’s an actor (Nicolas Davauchelle), who is in a failing marriage. However, he’s too self-involved to notice what Isabelle really wants. There are other men too – but which is the right one?
THE VERDICT: ‘Let The Sunshine In’ is Claire Denis’ most satisfying film in quite a while. It’s a typically atypical Denis affair, with the veteran French director subverting the tropes of the romantic drama to deliver something that feels fresh and original. She gets into the story which she co-wrote with Christine Angot with gusto, starting with an intimate scene involving Isabelle and Vincent, a la Betty Blue. Except these aren’t young lovers in a tale of amour fou, but more mature people who are still looking for direction in their lives.
The story charts Isabelle’s relationships with a number of men, all of whom are charming, flawed and all too human in their own ways. The film scores points early on by not depicting these men as caricatures. They’re more fleshed out than that, so one can see Isabelle’s attraction to them and yet understand why they’re unsuitable for her. She’s tired of being the backstreet lover. As a friend tells her later in the story, she needs to find someone in her milieu i.e. the artistic community. However, even they don’t entirely match her. Denis doesn’t take the easy route here, preferring to show how messy and complicated relationships really are.
Besides the well-written and occasionally witty script, a large part of the success of this charmingly low-key film rests on Binoche’s considerable shoulders. As luminous as ever, Binoche brings a sense of frustration, mixed in with passion and hope, for how Isabelle is navigating these rocky waters in her life. She keeps the character grounded, realistic about expectations. A late appearance by a charismatic Gerard Depardieu wraps things up nicely, as he delivers home a telling speech which sums up the film in a nutshell. There’s much to enjoy here in this disarming look at the state of modern relationships, with a French twist for good measure. ‘Let The Sunshine In’ shines bright.
RATING: 4 / 5
Review by Gareth O’Connor