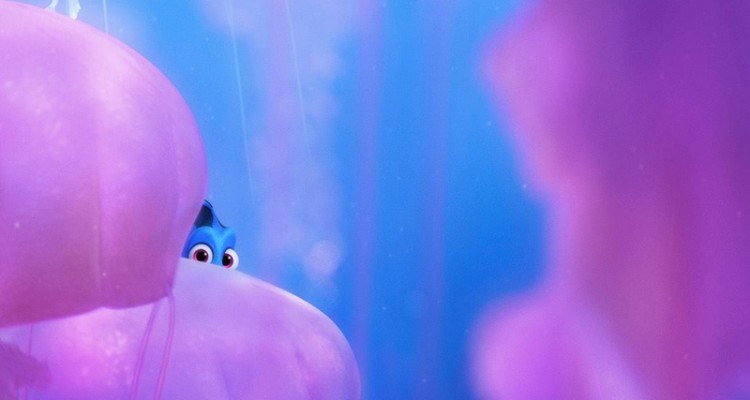 Pixar’s latest film ‘Finding Dory’ is released in Irish cinemas this week, and follows our favourite blue tang fish as she searches for the family that she only sporadically remembers.

To celebrate the release of ‘Finding Dory’, Movies.ie have taken a look back over Pixar movies of the past and the lessons we have learned from these beautifully crafted films.

Toys have feelings too – ‘Toy Story’
The very first feature length Pixar movie, released way back in 1995, played with an idea that kids have had for a long time; that our toys come to life when we are not looking, and have a rich life all of their own.
‘Toy Story’ follows Woody (Tom Hanks), the favourite toy in the toy box, whose jealousy gets the better of him when interloper Buzz Lightyear (Tim Allen) threatens his position at the top. Not only was ‘Toy Story’ the first film to be completely animated by computer, but it is a film filled with heart and warmth. The toys in the film are the true lead characters – the humans take a back seat here – and the film carefully explores the complicated and real relationships between the characters, proving that toys are people too.

Family is not just those related to us – ‘Finding Nemo’
When his son, his only blood relative Nemo (Alexander Gould) is kidnapped, clown fish Marlin (Albert Brooks) sets out on an epic adventure across the oceans to get his son back. Although he makes lots of friends along the way, including a surf obsessed turtle named Crush (Andrew Stanton), no friendship is as strong, or lasts as long as the friendship that springs up between Marlin and forgetful blue tang Dory (Ellen DeGeneres).
One of the most beautiful lines in ‘Finding Nemo’ is one uttered by the silly, forgetful but well-meaning fish Dory; “I look at you, and I… and I’m home”. Marlin and Dory are not related – in fact Dory lost her family a long time ago, even if she doesn’t quite remember how – but their friendship is based on a deep bond and respect for one another. ‘Finding Nemo’ teaches us that there are many different kinds of family in the world, including the family that we choose for ourselves.

Monsters are more scared of us than we are of them – ‘Monsters Inc.’
‘Monsters Inc’ is the story of a world filled with monsters, whose jobs are to scare human kids; their screams powering the monster city Monstropolis. When a human child finds her way into the monster world the scarers run for the hills – human children are said to be toxic to monsters – and in a lovely twist, we find out that the monsters under the bed are as scared of us as we are of them.
‘Monsters Inc’ is a clever twist on the things that go bump in the night, and there is a lot of fun to be had in seeing monsters known for their skill at scaring, running away from a small and incredibly cute toddler. Of course, things are not as they seem in ‘Monsters Inc’, and secrets have been kept from the scarers about which is more powerful; laughter or screams of human children.

Growing up is hard to do – ‘Inside Out’
Riley (Kaitlyn Dias) has always been a happy little girl, but as she gets a little older and her family moves across the country to a strange new city, Riley seems to become sullen and withdrawn. Although it seems like Riley is just growing up and getting cranky, trouble is afoot; two of Riley’s emotions Joy (Amy Poehler) and Sadness (Phyllis Smith) have got lost in Riley’s memories, and are trying to find their way back home and balance Riley’s emotions out.
‘Inside Out’ is a beautiful Pixar twist on growing up, with Riley’s key emotions – Joy, Anger, Sadness, Fear and Disgust – being anthropomorphised within Riley’s head, and the trouble arises when Joy and Sadness get lost in Riley’s memories. The layout of Riley’s mind is loud and fun, with many little quirks and jokes throughout, and the adventure that Riley’s emotions go on is one of discovery; learning that emotions are not black and white, and happiness and sadness often live happily side by side.

Adventure is out there! – ‘Up!’
Carl Fredricksen (Edward Asner) refuses to move on with his life; his wife Ellie died at an early age and Carl has stayed in their home ever since; even when construction threatens the building’s very stability. When Carl finally decides to have the adventure he and Ellie always wanted, he ties balloons to his home and flies it to Paradise Falls, not realising he has a young stowaway on board.
‘Up!’ is a film that is all about the importance of letting go of the past, while never forgetting it. Carl has become cranky and isolated since the loss of his wife, but it is only when he gets away from the city that he begins to move on and actually live his life. Adventure is the thing that drew Ellie and Carl together when they were children, and it is in taking the adventure they always wanted to take together gives Carl a new lease of life. Carl learns that adventure is out there and needs to be seized; it doesn’t come knocking at the door when you refuse to move on.

‘Finding Dory’ is released in Irish cinemas on July 29th 2016. Watch the trailer below…