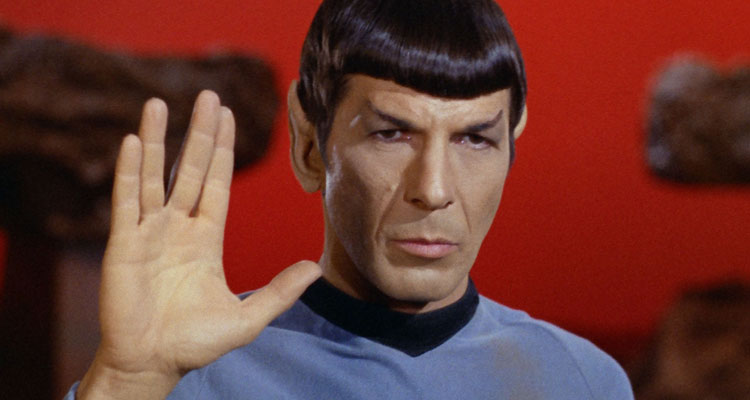 Nimoy, of course, was most famous for playing the logical and noble Vulcan Mr Spock in the original STAR TREK series (1966-69), and in multiple film, television, and video game sequels. Spock was such an influence on Nimoy himself, that he referenced the character in the titles of hhis autobiographies – I AM NOT SPOCK and I AM SPOCK – which were written from the perspective of the actor sharing his life with his most famous character. Nimoy was given casting choice over who should take over the role for the STAR TREK reboot franchise, and retired from playing the character in 2010, stating both his advancing age and his desire to allow Zachary Quinto to make the character his own.

As well as STAR TREK, Nimoy also appeared in FRINGE, THE BIG BANG THEORY and lent his voice to Sentinel Prime in TRANSFORMERS: DARK OF THE MOON. Nimoy was also famed for his stage work, was avid photographer and released five musical albums during his life. As well as this Nimoy turned his hand to directing from time to time, bringing audiences the fantastic THREE MEN & A BABY in 1987, as well as FUNNY ABOUT LOVE and HOLY MATRIMONY.

Nimoy will be remembered for chreating a character that influenced and inspired millions, his sense of humour and his dedication to his fans. We leave you with Nimoy’s poignant last tweet, posted just four days ago. Our thoughts are with Leonard Nimoy’s family and friends at this difficult time.