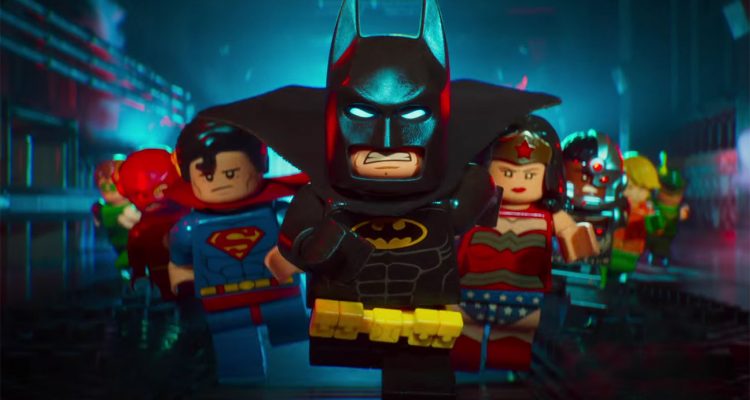 More ‘LEGO MOVIE’ spin offs we would like to see

‘The LEGO Batman Movie’ is released in Irish cinemas this week, and sees Batman take on his greatest enemy; himself. When The Joker (Zach Galiafinakis) demands Batman (Will Arnett) acknowledge that he is Batman’s greatest enemy, Batman pushes him away, setting The Joker on a path that threatens Gotham City, but potentially brings Batman the family he so desperately needs.

We have already got the hilarious and irreverent ‘LEGO Movie’ – a sequel for which is already in the works – and LEGO also brought us a ‘Ninjago’ short, which was screened in cinemas before ‘Storks’ last year and there is a full ‘Ninjago’ movie on the way, but to celebrate the release of ‘The LEGO Batman Movie’, Movies.ie has taken a look at the other franchises we would like to see get the goofy, hilarious and fun LEGO treatment…

THE LORD OF THE RINGS
It has now been almost three years since we have had a film set in Middle Earth released in cinemas – ‘The Hobbit: The Battle of the Five Armies’ was released in 2014, and we think it’s high time that Bilbo, Gandalf, Gollum and the gang got the LEGO treatment. Video game company Traveller’s Tales released a LEGO ‘Lord of the Rings’ game back in 2013, proving there is definitely a cross-over between construction toys and the Master of God and Men – as Tolkien himself put it – in Middle Earth.
LEGO games and narrative tales have a tendency to be irreverent and fun, and we think that a bit of humour could really revitalise the ‘Lord of the Rings’ franchise, while keeping Tolkien fans happy until filmmakers can figure out just how to make a movie out of ‘The Silmarillion’!

DOCTOR WHO
Other than the 1996 TV film, and some special event episodes that have been screened in cinemas, we have not had a ‘Doctor Who’ movie, and more’s the shame. LEGO already have the rights to the LEGO version of the character, as he has turned up in LEGO Dimensions along with former companion Clara Oswald (Jenna Coleman) and K-9, so we believe the time is right for The Doctor to battle his greatest enemies on the big screen, LEGO style!
‘Doctor Who’ is always funny and full of adventure, so it would fit perfectly into the world that LEGO has created with their big screen outings, although the LEGO Daleks are rather cute, so another classic villain would have to be pulled from the archives for real scare power…

MISSION: IMPOSSIBLE
The ‘Mission: Impossible’ film series has been running for over 20 years, but let’s be honest, the most recent films have not been quite as engaging as the ones that went before. Ethan Hunt recently appeared in the video game LEGO Dimensions, along with a whole new level, so it seems that LEGO have figured out how to make a spy thriller out of LEGO.
A ‘Mission: Impossible’ LEGO game could be a whole heap of fun and, since the main objective of the LEGO games is to break stuff and then rebuild it, this could fit in very well with the ‘Mission: Impossible’ franchise, and open up the possibility of Ethan Hunt spying on some other LEGO characters, maybe even Lord Vortech from the LEGO Dimensions game!

BACK TO THE FUTURE
Robert Zemeckis has repeatedly said he will never allow a remake of any of the ‘Back to the Future’ films, and we are in wholehearted agreement with him – why mess with something so perfect!? – but this does not mean we are opposed to returning to the ‘Back to the Future’ universe and going on more adventures with Doc Brown and Marty McFly.
The characters have already appeared in LEGO games, and since Doc Brown is an inventor, the idea that he could be a LEGO Master Builder makes sense for the character. As well as this, a time travel adventure where the Doc and Marty travel to future times could make for a lot of comedy, and plenty of pop culture references for the fans out there.

What else would you like to see as a LEGO Movie spin off? ‘Harry Potter’? A ‘Superman’ Movie? A LEGO ‘Suicide Squad’ movie? Let us know in the comments below.

‘The LEGO Batman Movie’ is released in Irish cinemas on February 10th 2017. Watch the trailer below…