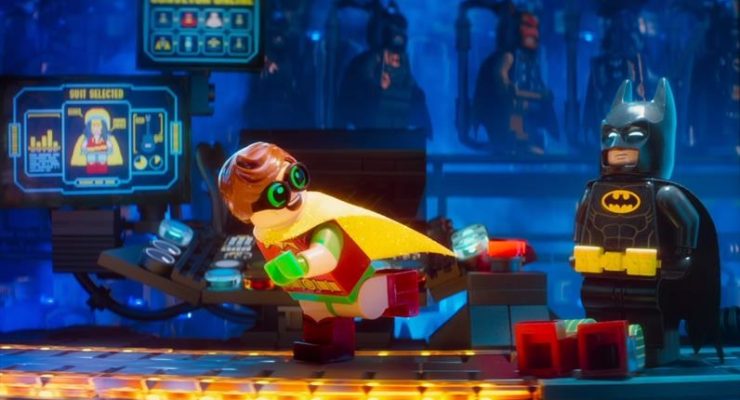 A sneak preview of one of the most hotly anticipated films of 2017, ‘The LEGO® Batman Movie’, has been announced for the launch of the Audi Dublin International Film Festival’s Fantastic Flix strand for 4-16 year olds.  The launch screening is set to take place on Saturday 4th Feb 2017 at 11.00 at Movies@Dundrum, with the added excitement of a family-friendly pre-screening festival party at the cinema. Fantastic Flix brings the best cinema for children and young people from around the world to film fans in Dublin from 4th-25th February.

Coming to cinemas in Ireland on 10th February from Warner Bros. Pictures, ‘The LEGO Batman Movie’ joins a special selection of films from visiting children’s author Dame Jacqueline Wilson, along with the Golden Globe-nominated animated film ‘My Life as a Courgette’, and Michaël Dudok de Wit’s ‘The Red Turtle’ (co-produced with Studio Ghibli) as a key highlight of the ADIFF Fantastic Flix section.

In the spirit of fun that made ‘The LEGO Movie’ a worldwide phenomenon, the self-described leading man of that ensemble – LEGO Batman – stars in his own big-screen adventure.  But there are big changes brewing in Gotham, and if Batman wants to save the city from The Joker’s hostile takeover, he may have to drop the lone vigilante thing, try to work with others and maybe, just maybe, learn to lighten up.  Will Arnett reprises his starring role from ‘The LEGO Movie’ as the voice of LEGO Batman, aka Bruce Wayne.  Zach Galifianakis (‘Muppets Most Wanted’, the ‘Hangover’ films) stars as The Joker; Michael Cera (TV’s ‘Arrested Development’) as the orphan Dick Grayson; Rosario Dawson (TV’s ‘Daredevil’) as Barbara Gordon; and Ralph Fiennes (the ‘Harry Potter’ films) as Alfred.

The Audi Dublin International Film Festival’s Fantastic Flix conjures up the world of cinematic wonder for the next generation in its packed festival of children’s films from around the world.  Activities include workshops, short film selections, the Fantastic Flix Children’s Jury and other special events. Fantastic Flix runs from 4th – 25th Feb 2017 in cinemas across Dublin, including official venue partners Movies@Swords, Movies@Dundrum, Omniplex Cinema Rathmines and The Ark.

The Dublin International Film Festival is sponsored by Audi, its principal funder is the Arts Council and it is also in receipt of funding from the Irish Film Board.

Watch the trailer for ‘The LEGO Batman Movie’ below…