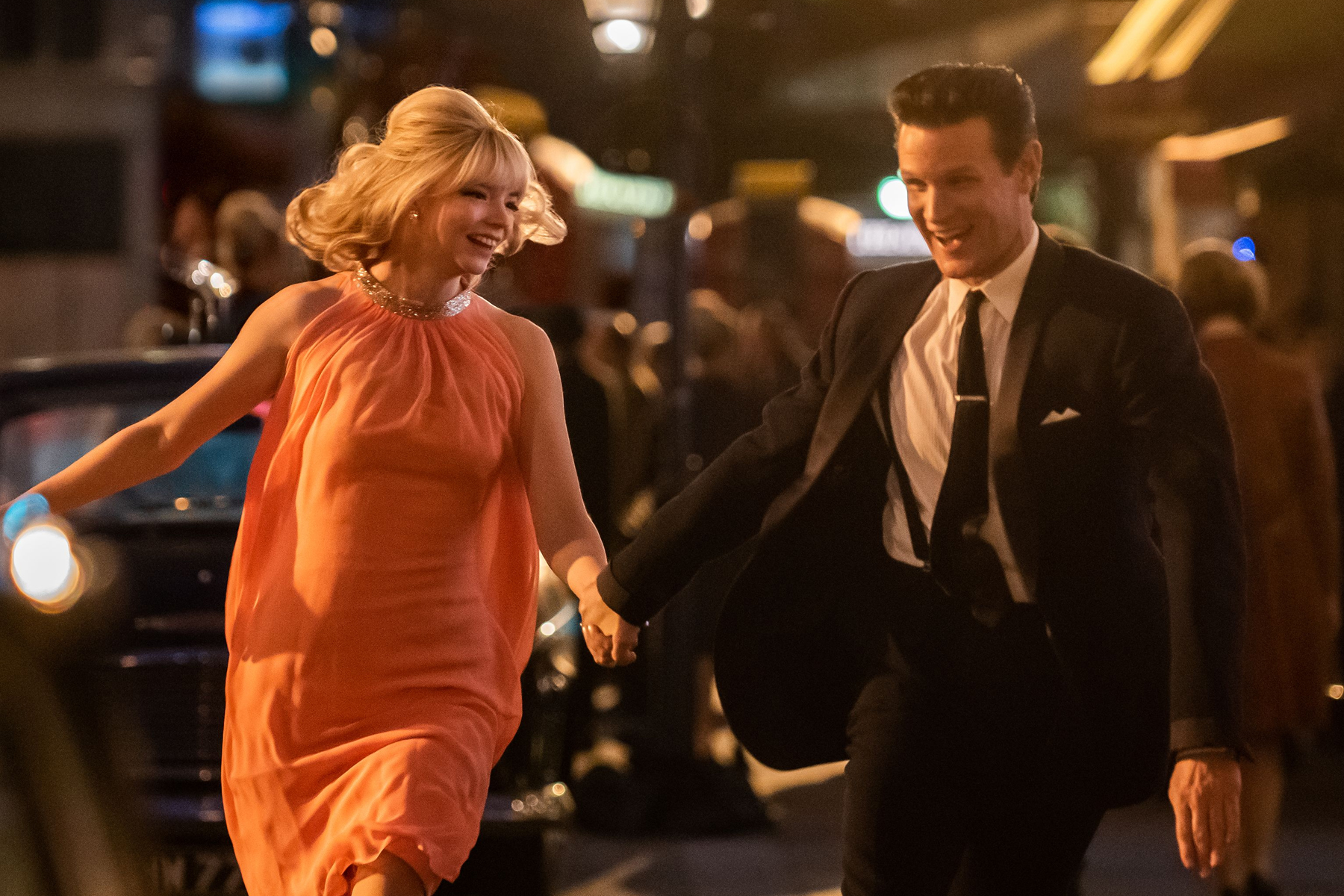 The Plot: Eloise (Thomasin McKenzie) arrives in London to study fashion. She’s obsessed with the 1960s era and all that it represented. She takes up residence in the house of Miss Collins (Diana Rigg) who lived through that era. One night, she falls asleep and finds herself transported to 1965 Soho and becomes intoxicated by its heady atmosphere. Entering a nightclub, she zeroes in on glamourous aspiring singer Sandie (Anya Taylor-Joy), who is promised a glittering career in showbiz by the charismatic Jack (Matt Smith). Each night she sleeps, Eloise lives vicariously through Sandie and her very different lifestyle. But there’s a troubling mystery at the core of this experience, one which might reach up and take Eloise with it…

The Verdict: The 1960s was a defining decade of the 20th Century and a turning point. Not just in politics and the space race, but in everything else too including the culture, music, fashion and cinema. Oliver Stone has pretty much lived there cinematically and now it’s Edgar Wright’s turn to turn back the clock and relive the experience for his audience, us. His second film this year is an altogether different prospect to his music biopic The Sparks Brothers. Last Night In Soho is Wright’s first female-centred film and comes across as a summation of his career so far as he moves effortlessly between genres. Stylishly made with an eye on both the past and the present of his chosen location of Soho, it’s a horror-infused mystery that doesn’t paint the past as necessarily a better place. Be careful which rose-tinted era you choose to dream in.

Dreams have a significant part to play in the film. Cinema has often used them to thrilling effect to allow the audience to experience the dream with the dreamer. There’s more to it than that though in Wright’s script with Krysty Wilson-Cairns, who also co-wrote 1917. The two of them have concocted an involving story that draws inspiration from Repulsion and Don’t Look Now in its approach to dreams, visions and what happens when past memories spill over into the present. The central character Eloise is a sensitive young woman who very much lives in her head and is wary of men in general, especially in the teeming metropolis of London and its seedy Soho district. Eloise comes to identify with Sandie in the 1960s and wants to be her, but this comes with increasingly disturbing dreams about Sandie’s future.

Wright spent the best part of a decade developing the story and it’s best experienced knowing only the basic plotline, as there’s much to absorb here amidst its many mysteries and dark secrets. He nails the look and atmosphere of the 1960s very well, along with the more dubious sexual politics of that era. However, he’s careful not to spend the whole film there like it’s a neon-tinged dream/nightmare. The present is what matters, but the past is haunted territory. The way he blends the past, present and in some respects the future is a showing sign of his maturity as a filmmaker. Gone are the knockabout zombies and dopey cops (nothing wrong with them of course). In comes something approaching more of an Italian Giallo film (e.g. Suspiria) in which a young woman with psychological fears is terrorised by the unknown, in a mystery world splashed with varied characters, hidden intent and blood-red environments. It’s a much more accomplished modern take on the Giallo than James Wan’s recent disappointment Malignant.

McKenzie and Taylor-Joy are both excellent, working through their performances in tandem so that Eloise and Sandie start to blend, bleed and break into each other’s time periods. 1960s stars Terence Stamp and Rita Tushingham lend strong support and with a dedication to her in the credits, the incomparable Diana Rigg in a memorable final performance drawing the curtain on a glittering screen career. What impresses the most in this groovy film is Wright’s direction which is confident, composed and drives through to a satisfying conclusion that ties loose ends together and leaves food for thought about whether romanticising the past is a good thing. Delayed by a year, it’s been a long wait for Last Night In Soho but it’s a wholly cinematic film best experienced in its natural home where the audience is in the dark, locked into the unfolding mystery with Eloise. Wright has made his mark as a director of note before, but he’s re-invented himself once again with this dazzling, immersive film that stands out as one of his best and most mysterious to date. The Wright Stuff indeed.

In short: The Wright Stuff