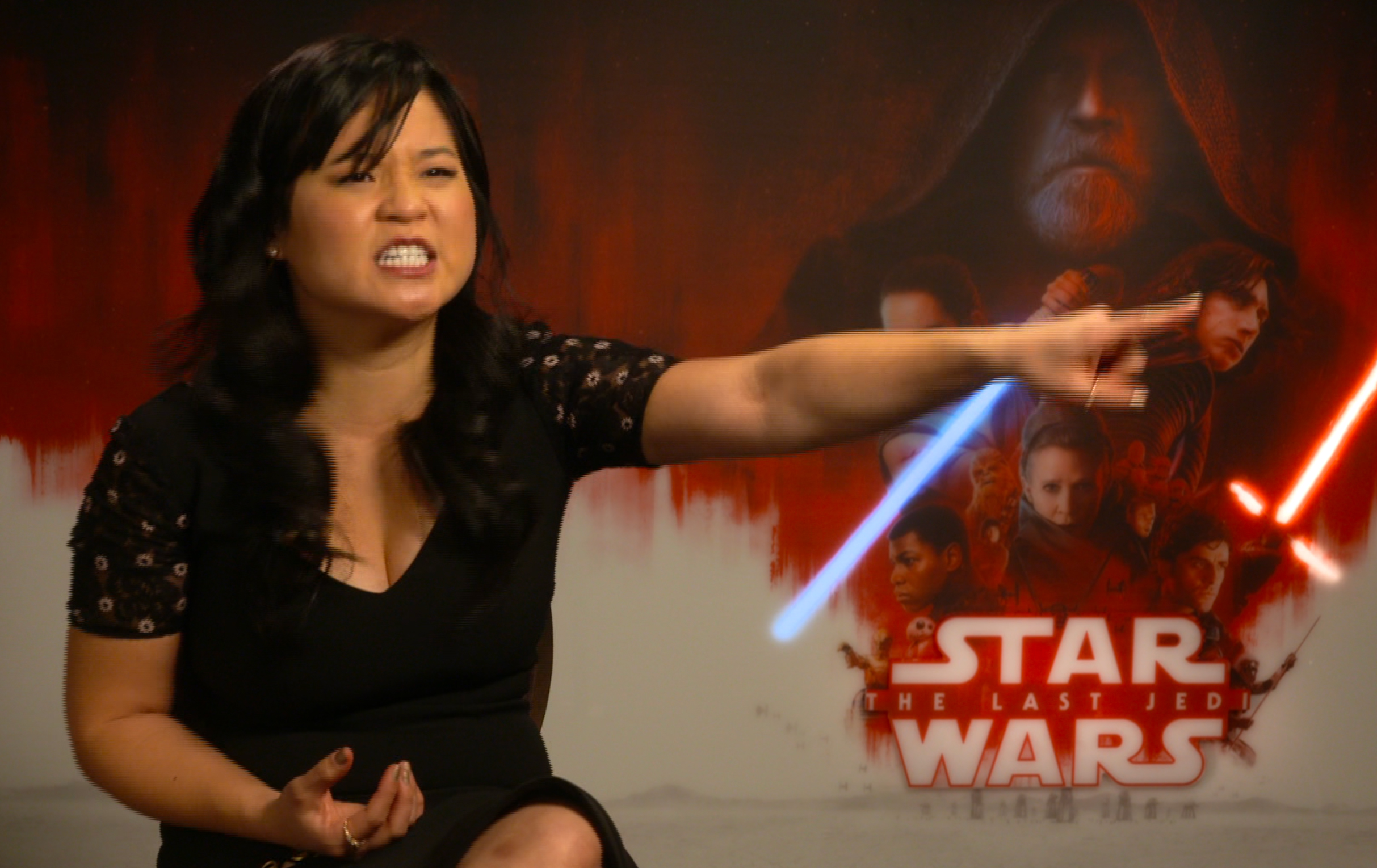 Kelly Marie Tran is without a doubt the breakout star of Star Wars The Last Jedi thanks to her work as Rose Tico, a maintenance worker who serves the Resistance and becomes one of the heroes of the film.

The 28-year-old actress has previously been seen in About a Boy, Ladies Like Us & XOXO. In 2017, she became the first Asian woman to appear on Vanity Fair when she appeared on the cover of the summer 2017 issue with John Boyega and Oscar Isaac.

Unlike Rey and Finn, whose families were notably absent from their lives, Rose has a sister: Paige, a Resistance gunner. A middle-grade novel, Cobalt Squadron, set to release the same day as The Last Jedi, tells “the harrowing story of the courageous bomber pilots and technicians” including the Tico sisters.

THE LAST JEDI is now showing in cinemas