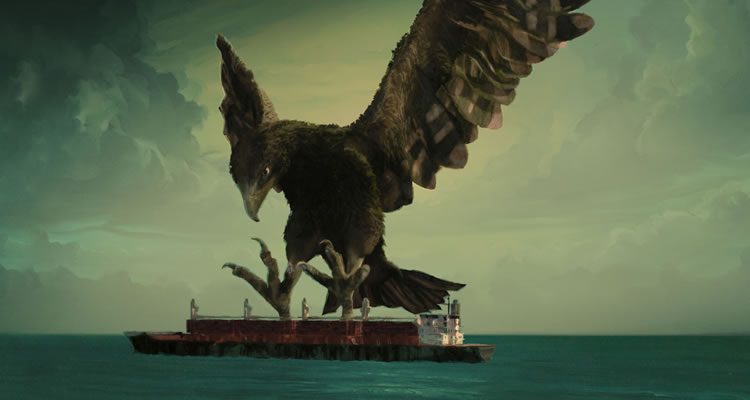 LAST HIJACK (Netherlands | Germany | Ireland | Belgium/12A/83mins)
Directed by Tommy Pallotta and Femke Wolting.
THE PLOT: Directors Tommy Pallotta and Femke Wolting take a look at the recent problem of Somalian pirates targeting freight and oil ships off the coast of the country. The difference is that this time, the story is told from the perspective of Mohammed, a man who is a seemingly proud to be a pirate.
THE VERDICT: The idea that inspires Last Hijack is an interesting one; to tell the story of the rise in pirate activity from Somalia from the perspective of the pirates. The trouble is that while the idea for the film is an interesting one, the execution leaves a lot to be desired.
Directors Tommy Pallotta and Femke Wolting focus on one man for the purposes of the film. Mohammed and his family are the focus of the film; his parents bemoaning the fact that their son does not know his children, cannot remember the names of his wives and should not be a pirate. Mohammed, on the other hand, recalls the days when he first “went to sea” and was hailed as a hero when he came home. As well as this, a radio presenter whose show is dedicated to cracking down on pirates is featured in the film. This is arguably the most interesting story featured, as this man is consistently harassed and threatened for the work he is doing, but other than a side note, he doesn’t really feature.
The film makes heavy work out of labouring the symbolism of the story through animated sequences where Mohammed transforms into a bird and attacks ships, and this animation is also used to tell stories from the past, such as Mohammed’s first time capturing a ship and the loss his family suffered from a landslide when he was a child. There is a hint that Mohammed learned his criminal ways from his father who used to rob from cars, but this is also quickly thrown to the side.
While the first half of the film talks to the pirates and the men who want to join them about their spoils, their reasons for attacking ships and the spoils of their activities, the second half turns its attention to Mohammed taking a new bride on the condition that he will stop going “to sea”. This is where the film loses focus and the audience interest, as it turns into a documentary about marital strife, rather than one about the cultural and economic reasons why these men turn to crime. As well as this, the film lacks resolution, as it just seems to stop in the middle of the story; we never know if Mohammed keeps his promise to turn away from piracy, or what happens when he inevitably does go back to sea.
In all, ‘Last Hijack’ has an interesting idea at its heart but lacks focus, making this film that could have been about the social and economic troubles in Somalia that force men to turn to crime into a documentary about a rather unlikeable man making criminal choices with little regard for the consequences. There was an opportunity here that was completely missed.
RATING: 2/5
Review by Brogen Hayes