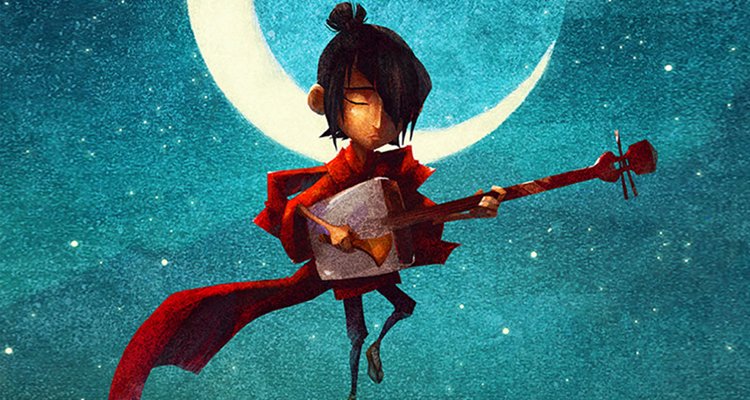 KUBO AND THE TWO STRINGS – Parkinson, Mcconaughey, Theron, Mara, and Fiennes to Voice LAIKA’S Next

LAIKA and Focus Features, the two companies behind the Academy Award-nominated ‘Coraline’ and ‘ParaNorman’ and the current Critics’ Choice and Golden Globe Award-nominated release ‘The Boxtrolls,’ have announced production on their fourth collaboration, ‘Kubo and the Two Strings.’

Young Donegal actor Art Parkinson, best known for playing Rickon Stark on ‘Game of Thrones,’ is providing the voice for the title character of Kubo.

Based on an original screenplay by Marc Haimes and Chris Butler (‘ParaNorman’), the film is a sweeping, swashbuckling adventure set in a mythical ancient Japan.

In the epic fantasy, scruffy, kindhearted Kubo ekes out a humble living while devotedly caring for his mother in their sleepy shoreside village. It is a quiet existence – until a spirit from the past catches up with him to enforce an age-old vendetta. Suddenly on the run from gods and monsters, Kubo’s chance for survival rests on finding the magical suit of armour once worn by his fallen father, the greatest samurai the world has ever known. Summoning courage, Kubo embarks on a thrilling odyssey as he faces his family’s history, navigates the elements, and bravely fights for the earth and the stars.

LAIKA President & CEO Travis Knight, an Annie Award-winning animator, is making his directorial debut on ‘Kubo and the Two Strings.’

“Kubo and the Two Strings is a rare gem,” said Knight. “It’s a gripping yarn woven from Japanese folktales and mythology, with lost civilizations, mystical origami, noble heroes, star-crossed lovers, and blood-curdling monsters. At once epic and intimate, Kubo is a funny, intense, and ultimately uplifting fairy tale draped in some of the most bizarre and exciting imagery I’ve ever seen. Most importantly, it’s deeply moving. It’s a story that means something, a story that deserves to be told. In short, it’s a LAIKA movie. And with a poetic script, sublime cast, and our freakishly talented artists and craftspeople, Kubo will be a strange, stirring, and altogether stunning film. I can’t wait to share it with the world.”