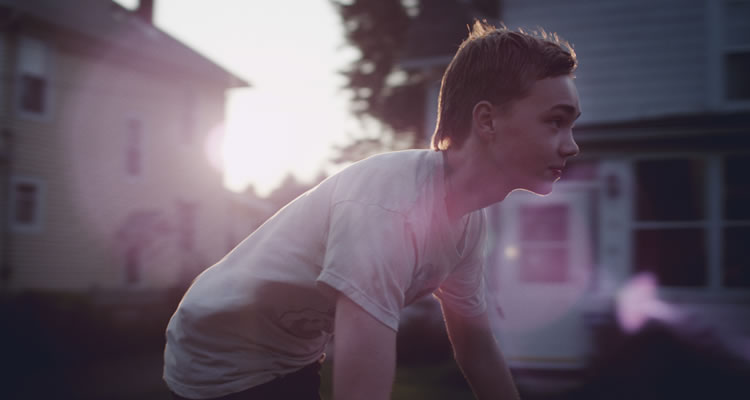 KING JACK(USA/TBC/81mins)
Directed by Felix Thompson. Starring Charlie Plummer, Cory Nichols, Christian Madsen, Danny Flaherty, Erin Davie.
THE PLOT: Teenage delinquent Jack (Charlie Plummer) seemingly has the run of the run down American town in which he lives. Although he is often confronted by bullies, he is not afraid to get his own back, and spends his time drinking, smoking and texting pictures of himself to the popular girls. When his aunt falls ill and his cousin Ben (Cory Nichols) is sent to stay with the family, Jack is put in charge of looking after the younger boy, and although friendship cautiously blooms between the two, the bullies return to get in the way.
THE VERDICT: ‘King Jack’ is a quiet, small kind of film that not only examines the cyclical nature of bullying and abuse, but the toll taken on a young teen when his father is not around and his mother is disinterested. Charlie Plummer seems to inhabit the role of Jack entirely; making him angry and sullen, but with a softer side, one that he has to keep hidden in order to survive. Cory Nichols plays Ben as a quiet pre-teen who is obviously in awe of his older relative, but capable of great anger when things go wrong. The rest of the cast features Christian Madsen, Danny Flaherty and Erin Davie.
Felix Thompson’s screenplay essentially examines the first time in Jack’s life when he has to take care of someone or something other than himself. The dialogue is sparse, with exposition cleverly handled, and enough information given that Jack’s motivations are clear and understandable. As well as this, the screenplay quietly examines that rush of first love, first kisses and the thrill of the illicit.
As director, Felix Thompson allows ‘King Jack’ to ramble slightly, while still making the themes of the film shine through. The cast are well directed and, although there are times when some characters are infuriating, this is all to the benefit of the film. Some sub-plots disappear without warning however, but the film is well paced and mostly engaging.
In all, ‘King Jack’ is a look at the life of a young teen in a small town, as well as the nature of bullying and redemption. Charlie Plummer is strong in the leading role and the breathless feel of first love and false bravado flow through the film as a whole.
RATING: 4/5
Review by Brogen Hayes