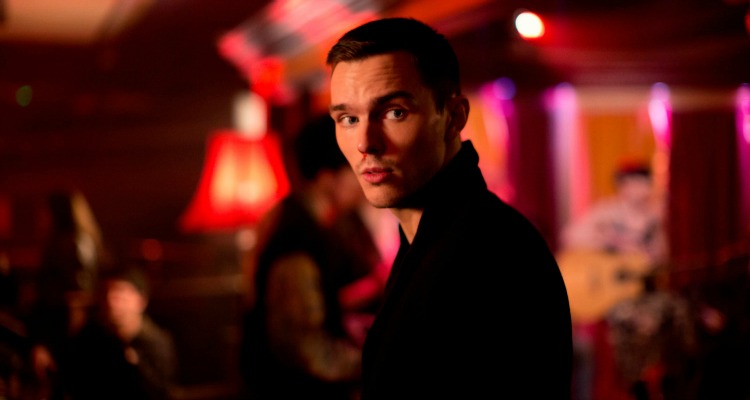 KILL YOUR FRIENDS (UK/18/103mins)
Directed by Owen Harris. Starring Nicholas Hoult, Craig Roberts, Ed Skrien, James Corden, Georgia King, Edward Hogg, Tom Riley, Rosanna Arquette.
THE PLOT: Stephen Stelfox (Nicholas Hoult) is an amoral, arrogant and manipulative A&R man in the 1990s. Determined to find the next big thing – despite hating music – Stephen is willing to take down anyone who gets in his way… Often literally.
THE VERDICT: Based on John Niven’s book of the same name, ‘Kill Your Friends’ is the story of sex, drugs and rock and roll, but not on the part of the bands this time, on the part of the people behind the music, signing the bands. It is clear that Nicholas Hoult had a whale of a time playing the rather horrible Stephen, and this fun is infectious. While there is very little to actually like about this character, it is hard not to root for this violent anti-hero as he fights for his slice of the pie. Hoult is manic and manipulative, and has rarely been better.
The rest of the cast is made up of Ed Skrien, Craig Roberts, James Corden, Georgia King, Edward Hogg, Tom Riley, Jim Piddock and Rosanna Arquette in a blink and you’ll miss it role. They all do well with what they are given, but they definitely take their cues from Hoult here, as he curses, snorts and exploits his way through the film.
John Niven’s book was inspired by experiences he had working in the music business in the 1990s, and there is a feeling that there is something real about the entire film. The script stumbles, however, in too closely following the structure of a novel, and relying a little too heavily on Hoult’s admittedly necessary (but not that necessary) and entertaining voice over.
As director, Owen Harris makes sure the audience is painfully aware of just how dangerous the music business can be. The performances are great, but Harris never manages to quite get past the screenplay’s stumbles, no matter how many great songs – Beetlebum, Six Underground, Smack My B**ch Up – he manages to squeeze into the film. Add to this an entertaining character who seems to learn nothing through the film, other than new and inventive ways to get rid of the competition, and it seems that this film is trying just a little too hard to be Brett Easton Ellis.
In all, ‘Kill Your Friends’ is a highly entertaining film with many problems. Hoult is fantastic, but the deeper parts of the plot are not developed properly and although the audience may well find themselves rooting for this unscrupulous leading character, we are not always sure why. Still, the nostalgia created by the 90s soundtrack is definitely part of the gory, violent and amoral fun.
RATING: 3/5
Review by Brogen Hayes