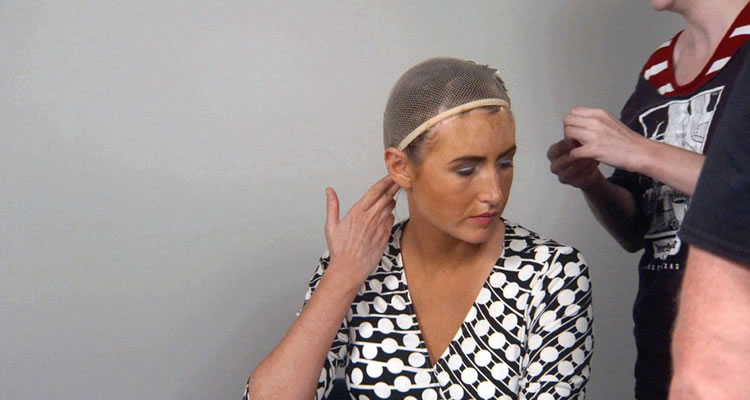 KATE PLAYS CHRISTINE (USA/TBC/112mins)
Directed by Robert Greene. Starring Kate Lyn Shiel, Marty Stonerock, Christine Chubbuck, Stephanie Coatney, Holland Hayes
THE PLOT: In 1974, local news reporter on a Florida TV station, Christine Chubbuck, committed suicide live on air. As actress Kate Lyn Shiel prepares to play Chubbuck for a film, a camera crew follows her and her attempts to understand Christine, her motivations, and just how she can get into such a dark and solitary character.
THE VERDICT: Christine Chubbuck was the first person to commit suicide on live TV – by shooting herself in the head – but until recently, it seemed that this 29 year old woman had faded into urban legend and a grisly story on the internet. Now, there are two films about Chubbuck on the way; ‘Kate Plays Christine’, and ‘Christine’, starring Rebecca Hall and Michael C. Hall, both of which premiered at Sundance earlier this year.
Rather than focusing on Christine Chubbuck herself – as details about the real woman, and people who knew her seem thin on the ground – Robert Greene’s film instead focuses on actress Kate Lyn Shiel trying to learn more about, and understand who Christine was, and what drove her to such desperate action. ‘Kate Plays Christine’ is as much an examination of acting, research and mental health as it is an examination of one woman’s life apart from her glorified and sensational suicide.
Kate Lyn Shiel does well as the centre point of the film. There are times when she looks a little odd while wearing her “Christine” wig and contact lenses, but as a person she comes off as thoughtful and warm, and as the film goes on, it is all too easy to see the impact that the role of Christine is having on her. As well as Shiel, Marty Stonerock, Holland Hayes and Stephanie Coatney play various characters in Christine’s life, and they all talk about how they are managing to relate to Christine through their own life experiences. As well as this, Shiel interviews people who may have encountered Christine, as well as gun shop staff, a historian and a mental health professional; all of whom try to help Kate understand her character more.
Robert Greene has made a fascinating, yet slightly baggy film. There is an interesting look at the craft of acting and what it takes for an actor to transform themselves into a character, as well as the level of research and time it takes to understand a character based on a real person. It is easy to see the impact this research has on Kate as she tries to understand the nature of suicide and suicidal people, and as she admits that she feels a sense of responsibility to Christine, her memory and what she was trying to achieve. The problems with the film arise as interviewees speculate as to why Christine Chubbuck took her own life in such a violent and public manner. The story that keeps coming up is one of a lonely woman desperate for love, but since Chubbuck didn’t leave a note behind or talk publicly about the nature of her depression, this is simply speculation. As well as this, the film is never sure whether it is the story of Kate or Christine, and the final moments of the film seem oddly scripted for a documentary, leaving it feeling muddled and messy.
In all, ‘Kate Plays Christine’ is more a film about the dedication of one actress as she tries to get into a role, than a film about a woman who many believe to be urban legend. Kate Lyn Shiel is infinitely watchable, but the message of the film, and what it is trying to achieve is muddled. Although there is a powerful heart in ‘Kate Plays Christine’, is gets lost as the film tries to be a recreation of suicide, as well as understanding what drives a young woman to take her own life.
RATING: 3.5/5
Review by Brogen Hayes