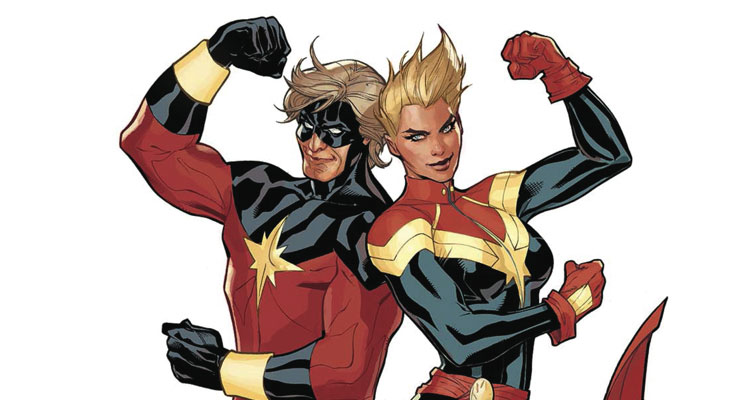 The cast for Marvel’s ‘Captain Marvel’ is beginning to take shape as Variety is hearing word that Jude Law (‘The Young Pope,’ ‘Fantastic Beasts: The Crimes of Grindelwald’) is in talks for the male lead opposite Brie Larson.

Larson plays the title character, Captain Marvel, a.k.a. Carol Danvers, an air force pilot whose DNA is fused with that of an alien during an accident. The resulting alteration imbues her with the super powers of strength, energy project and flight.

According to the trade, Law will be playing Doctor Walter Lawson, the human guise of Kree hero Mar-Vell, who becomes a mentor of sorts to Danvers as she tries to figure out her new powers.

Anna Boden and Ryan Fleck, the filmmakers behind ‘Mississippi Grind,’ ‘Half Nelson,’ and ‘Sugar,’ are behind the camera for the superhero flick, with the latest draft of the script coming from Geneva Robertson-Dworet.

Ben Mendelsohn, who previously worked with Boden and Fleck on ‘Mississippi Grind,’ is attached to play the film’s main antagonist, which would likely be the leader of fan-favourite villains the Skrulls.