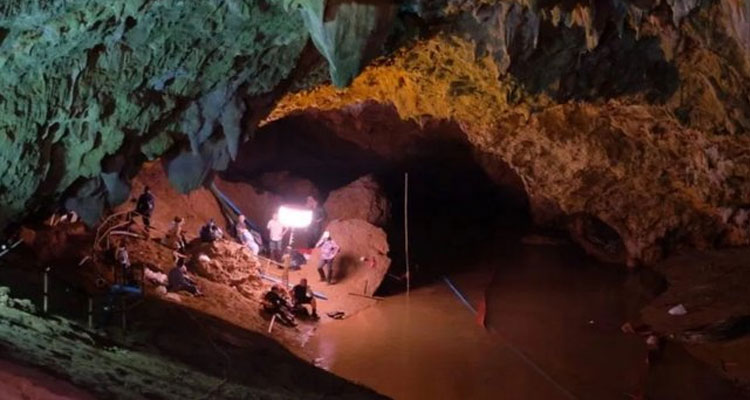 ‘Now You See Me 2’ director Jon M. Chu has announced that is to reunite with his ‘Crazy Rich Asians’ backers Ivanhoe Pictures for a feature about the high risk rescue of the 12 soccer boys and their coach from the Tham Luang Nang Non cave in Thailand.

The near three-week ordeal prompted an international rescue effort, including the help of Co Clare based diver, Jim Warny. The 12th boy and the coach were the last of the team to be rescued on Tuesday. The team became trapped on June 23 when rising flood water confined them deep inside the cave.

According to Variety, Ivanhoe Pictures is currently in talks with the most senior officials in Thailand, both on provincial and national levels, about the rescue project. Chu has pledged to make a film that won’t be a “white wash,” tweeting:

“I refuse to let Hollywood #whitewashout the Thai Cave rescue story! No way. Not on our watch,” he wrote. “That won’t happen or we’ll give them hell. There’s a beautiful story about human beings saving other human beings. So anyone thinking about the story better approach it right & respectfully.”

The news of Chu’s project comes just days after faith-based banner PureFlix Entertainment announced it was seeking the movie rights to the operation.