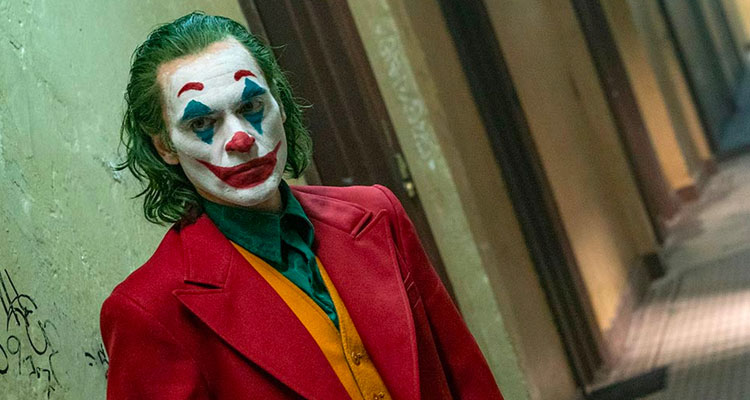 In short: No laughing matter

The Plot: Gotham City, 1981. Arthur (Joaquin Phoenix) is a man with a lot of negative thoughts. He lives with his aging mother and works as a clown-for-hire, but a number of complaints have been registered against him. He claims to have a condition that makes him laugh uncontrollably. His sense of humour is off-kilter and veers close to being dangerous. He feels disregarded by society, beaten up by young street criminals and made fun of by TV talk show host Murray (Robert De Niro). The noises in his head are growing ever louder, prompting him to take corrective action and become the talk of the town. This Joker is about to play the biggest joke of all on Gotham City…

The Verdict: Arriving fresh from its Golden Lion-winning success at the Venice Film Festival, Joker is a new breed of supervillain film. DC have taken a bold step forward for the next stage of their Cinematic Universe, playing down the bloated team-ups and taking calculated risks with established material. Everything you’ve heard about Todd Phillips’ new film is true. It is indeed a gritty character study and origin story for Batman’s ultimate nemesis, the yin to his yang. It cleaves closer to Christopher Nolan’s take on this comic book world, being more brutally realistic but placing it in a certain time period when Gotham City (i.e. New York) was a crime-ridden cesspit. The grittiness is there, but coloured with shades of black and white to hint at just what turned one sad but mentally unhinged man into a psychotic criminal overlord.

The screenplay by Phillips and Scott Silver takes a cautiously sympathetic approach to Arthur early on. He is very much a product of his crumbling environment and his status in the world. His erratic state of mind is a reflection of that. He is the have-not to the haves of this world, like the ultra-rich Thomas Wayne (Brett Cullen). He is attempting to start a career in stand-up comedy, but his sense of humour is dark, twisted and hard for others to stomach. Watching his slide towards evil and becoming an agent of chaos is a fascinating narrative journey, particularly when it seemed like there was nothing more to say about this character. It’s all done in small, carefully-choreographed increments in the excellent screenplay, which digs deep into Arthur’s psychosis and pulls out one stick of dynamite after another. Then Phillips and Silver bring out the fuse and all hell breaks loose.

It’s an unlikely choice of film for Phillips, best known as the director of The Hangover trilogy. But like his fellow comedy director Adam McKay, he’s branched out into other material and shown hidden talents at contemplative character studies. His direction here is bold, breathless and supremely confident in this richly mined material. Take for example the Joker’s entrance to the world, moving from dancing in the street to a crowded, frenetic subway to a television station without breaking so much as a bead of sweat. It’s the kind of daring filmmaking that was common in the 1970s, when Hollywood studios took risks and allowed their directors more creative freedom. The societal isolation of Taxi Driver is a touchstone influence here and the presence of Robert De Niro reinforces that, along with his Rupert Pupkin-style throwback to a TV host.

Phoenix is quite extraordinary as Arthur / The Joker. At times similar but more often wildly different to other takes on this much-admired character, it’s a performance of multi-layered complexity. Directors don’t hire Phoenix to play just anybody. Conscious of prior actors, Phoenix makes the role his own. He goes full Method with Arthur, looking dishevelled and worryingly skinny. He provides a laugh that is chilling, which he produces on cue before straightening his face just like that. It’s important that the audience sees Arthur as an unfortunate man who was pushed too far, making him snap. Phoenix brings out that humanity in Arthur… and then gradually strips it away with stunning narrative depth.

Joker is no laughing matter. This is a seriously good standalone origin film. It delves deep into what turns a man from a frustrated failure into a dangerous public enemy number one. Sure, maybe we could have done without another replay of a certain event in Gotham City’s tragic history, but that’s a small price to pay for the outstanding work done by Phillips, Phoenix and the production team. If Joker is the shape of things to come in the DC Cinematic Universe, then Marvel might want to look over their shoulder, DC has got its mojo back big time.