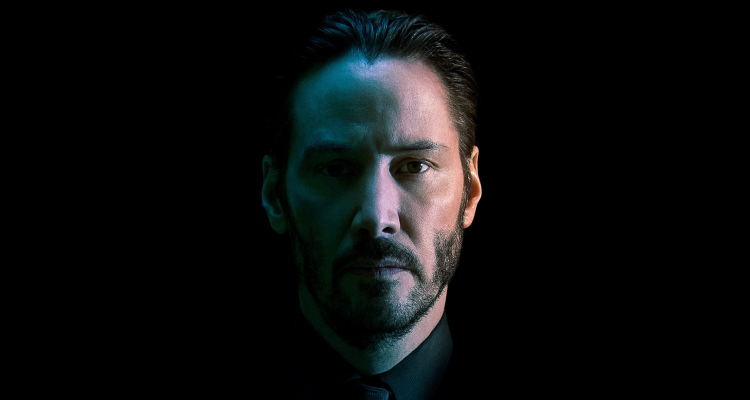 THE PLOT: We open on Johnny (Reeves) rolling his jeep to a halt before stumbling out, bloodied and dazed, switching on his phone to view a happier time, with a pretty, smiling girl, on a sunny beach, before collapsing. Cut to the morning alarm, Johnny strolling through his open-plan penthouse home, grabbing a coffee as the flashbacks of the pretty girl mount, right up to her sudden collapse in his arms, and the kiss on the forehead as the machine is being turned off. All that sadness soon takes a back seat when the loudmouth son (Allen) of a local crime boss (Nyqvist) not only steals his beloved Mustang but kills his dog into the bargain. And that’s when the slow, steady march of revenge begins, the father instantly aware of the danger his son has put himself in. No one steals a car from John Wick. No one. They have awoken a beast.

THE VERDICT: Man, how long has it been since Keanu Reeves made a good movie? The guy is worse than Bruce Willis when it comes to the all-important hits-to-duds. After 47 RONIN, it’s very possible the guy might actually be banned from entering China. Jaysus, the money lost on that one. With all the gleeful punch of OLDBOY in its set-up, and its playful iconography giving JOHN WICK all the calm killer cool of Bruce Lee, Walker, Leon, The Man With No Name, Chili Palmer, eh, Taffin, and all the rest. Shit, this is very nearly as good as last year’s IN ORDER OF DISAPPEARANCE.

The casting works too. Alfie Allen already has some experience in the ineffectual warlord’s son, Nyqvist (GIRL WITH THE DRAGON TATTOO, TOGETHER) is his usual brilliant self, and Reeves’ one trick – looking like a dog who’s just been shown a card trick – fits the role just right. Best of all, JOHN WICK doesn’t take itself too seriously. It just gets on with being cool, and killing lots and lots of bad guys.