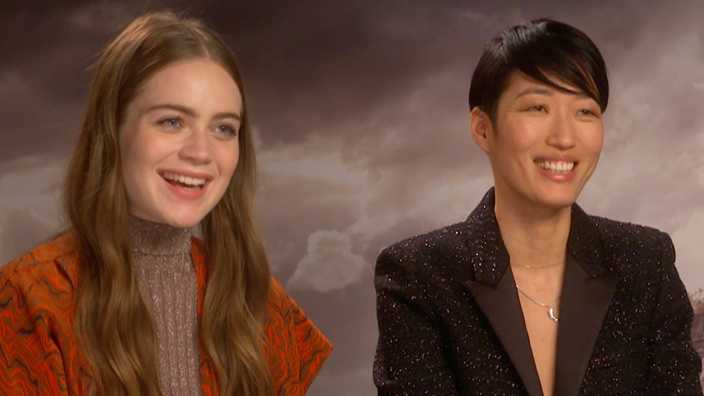 MORTAL ENGINES is the new movie from Lord Of The Rings producer Peter Jackson opening in Irish cinemas on December 8th.

Years after civilization was destroyed, a mysterious woman, Hester Shaw (played by Hera Hilmer), emerges as the only one who can stop London—now a giant, city on wheels—from devouring everything in its path.

Jihae (Jihae Kim) is a South Korea-born singer-songwriter, actress, and multimedia artist, she plays the role of Anna Fang in MORTAL ENGINES, while Hera Hilmar is an Icelandic actress. She is mostly known outside of Iceland for her role as Vanessa in the television series Da Vinci’s Demons and as Eik in the Icelandic film ‘Life in a Fishbowl’.

WATCH THE TRAILER FOR MORTAL ENGINES

MORTAL ENGINES is at cinemas from Dec 8th