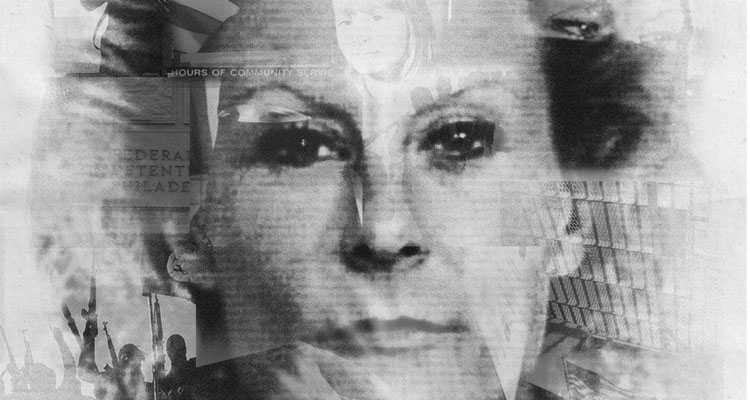 The Plot: Collee LaRose found herself at the centre of a media firestorm when she became the first American woman to be charged and then convicted of terrorism-related offences. She became radicalised online after watching hours and hours of jihadist material and subsequently converted to Islam. She became an active commentator under her handle of Jihad Jane, which attracted the attention of a man living in Waterford under the handle Black Flag. Together, they plotted how to go about killing Lars Vilks, the Danish cartoonist who had satirised the prophet Muhammad to inflammatory effect. Black Flag was also in contact with another American woman, Jamie Paulin Ramirez – who was keen on pursuing a relationship. When they both arrived in Waterford, they found the reality somewhat different…

The Verdict: When Colleen LaRose’s frozen mugshot became instantly famous in US media as Jihad Jane, she was also dubbed The Face Of Terrorism. It’s a convenient label, the kind that reactionary right-wing media like Fox News would grab on to with both hands and wring it for every cent of propaganda. Dig a lot deeper though and there’s a fascinating and tragic backstory as what lead this woman and another, Jamie Paulin Ramirez, to naively pursue careers in jihadist activities. That’s the focus of Ciaran Cassidy’s absorbing feature documentary debut Jihad Jane. In investigative detail and with the help of his subjects, commentators and law enforcement officials, Cassidy attempts to put a human face on The Face Of Terrorism. He asks how this could have happened and especially to two unfortunate American women.

It’s fair to say that Colleen and Jamie had difficult childhoods, followed by even more difficult lives as grown-ups. Colleen was abused by her father and Jamie had a string of failed marriages and relationships. Their disaffected lives made them bait for jihadist radicalisation through online forums and channels. How their story took them from Pennsylvania and Colorado all the way to a flat owned by an authoritative jihadist in Waterford is part of Cassidy’s focus, but he’s also keen on not demonising them. He’s interested in learning about the cost of their actions, such as Jamie’s estrangement from her teenage son back home and Colleen’s isolation after getting out of jail. Not that we should be too sympathetic towards them of course. For all Lars Vilk’s provocative and narcissistic behaviour, they did conspire to kill him and engage in the kind of terrorist chatter that sends red flags going up all over US and international security agencies.

One can sense though that Cassidy has some sympathy for his subjects. Not on the terrorist side of course but as women who were sold on an idea that turned out to be hot air rather than anything truly explosive. A hollow jihad built on lies. This is where Cassidy’s film really comes into its own, illustrating the very human cost of their decisions. Colleen has no regrets now – at least it made her something. The wrong something of course, but who wouldn’t want to mean something when they feel invisible and ignored by society? It’s a probing question that runs throughout the film. It unfolds like a cautious tragedy, asking audiences to open their minds to the idea that these radicalised women were victims of circumstance. It’s a bit of an ask, but it’s done so skillfully by Cassidy via honest, direct interviews and a rigorous journalistic approach to his footage that it becomes far more than just about terrorism. Jihad Jane is an engaging and informative documentary throughout.