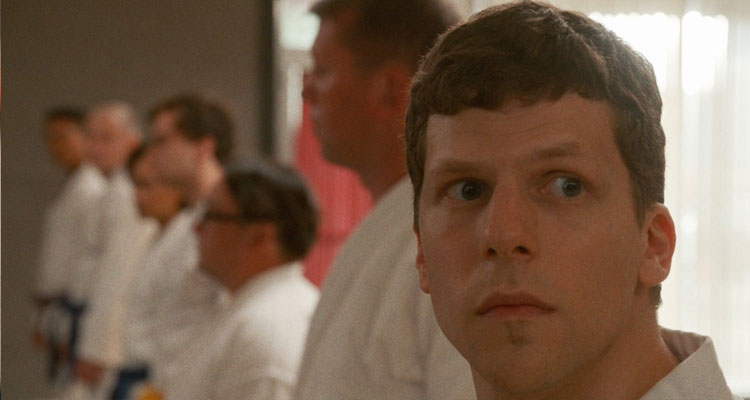 The new dark comedy from ‘Faults’ writer-director Riley Stearns, THE ART OF SELF-DEFENSE stars Jesse Eisenberg as Casey Davies, a man who is attacked at random on the street and enlists in a local dojo, led by a charismatic and mysterious Sensei (played by Alessandro Nivola), in an effort to learn how to defend himself.