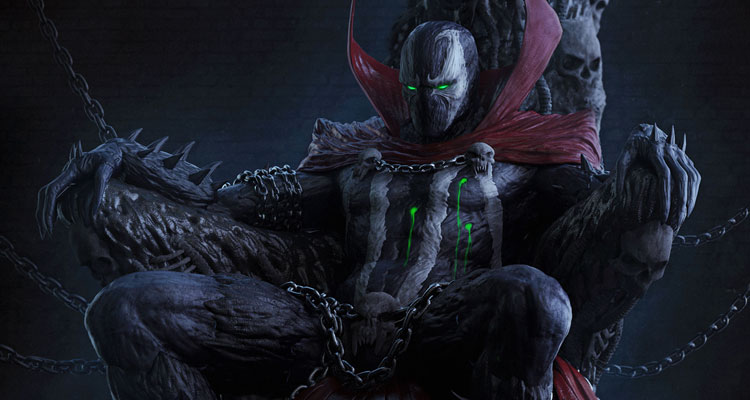 Jamie Foxx Is The New SPAWN

ME and SPAWN!!! Official Spawn Movie Update!! . . . We’ve casted #Spawn in the upcoming #SpawnMovie produced by @blumhouse and I’m excited to tell you that it’s ACADEMY AWARD winner @iamjamiefoxx!!! . . . This is the first of more BIG announcements to come, so stay tuned for more. Here are some photos of me and Jamie… including one from WAY back in the day. We’ve been talking about this for a while… . . . Link in bio for full article! . . . TODD

Published by Image Comics, ‘Spawn’ tells the story of Al Simmons, a solider/assassin who is killed, and has his soul sent to hell. After making a deal with an evil being known as Malebolgia: in exchange for his soul, Simmons would get to see once again his wife. However, when he returns, five years had passed, and he has been transformed into a demonic creature with superhuman strength, speed, and near immortality.

The demonic anti-hero was previously brought to the big screen in 1997, with Michael Jai White playing Spawn/Simmons. Box office wise, it performed modestly, taking in €75 million off a €34 million production cost. However, negative reviews put to bed any chances of a sequel.

McFarlane will write and direct the reboot as well and as produce it with Jason Blum (‘Split,’ ‘Get Out’) and his Blumhouse Productions banner.

Talking to Deadline, McFarlane revealed that Foxx was the actor in his mind when he wrote the script.

“Jamie came to my office five years ago, and he had an idea about Spawn and we talked about it. I never forgot him, and when I was writing this script, you sort of plug people in, and he was my visual guy and I never let go of him. When I got done and my agents and everybody was talking about what actor, I said, I’m going to Jamie first and until he says no I don’t want to think about anyone else because I’ve never had anyone else in my head. Luckily, he hadn’t forgotten either. I said, ‘Hey, I’m back to talk about Spawn again, and he was like, let’s do it.’”

Foxx can be seen next playing Little John in ‘Robin Hood: Origins’ when it is released in Irish cinemas November 21.