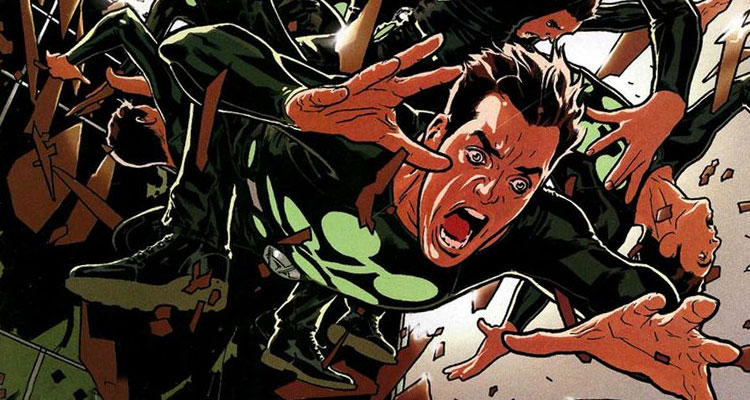 The ever-reliable Mike Fleming over at Deadline is hearing word that ‘Wonder Woman’ writer Allan Heinberg has been brought on in to shape the script for ‘Multiple Man,’ a solo feature about the Marvel Comics character that has James Franco (‘The Deuce,’ ‘The Disaster Artist’) in talks to star.

Created by the late Len Wein, Multiple Man, aka James Madrox, is a character in the X-Men universe whose mutant ability was apparent at birth when a duplicate was created upon his being slapped by the doctor.

At the suggestion of family friend Professor Charles Xavier, Jamie’s father resigned from his job at a Nuclear Research Centre and moved his family to an intentionally a remote farm, where his son was fitted with a special suit to control his powers. Jamie lived quietly until the suit malfunctioned and he began to go crazy.

Multiple Man previously appeared on screen as part of Magneto’s Brotherhood of Mutants in ‘X-Men: The Last Stand,’ where he was played by Eric Dane.

Longtime ‘X-Men’ franchise writer/producer Simon Kinberg and his Genre Films are on board for the ‘Multiple Man’ movie, producing along with Franco and Ramona Films, the production banner he runs with his brother Dave Franco and Vincent Jolivette.

Franco will next be seen in ‘The Disaster Artist,’ which he also directs, when it hits Irish cinemas December 6th.