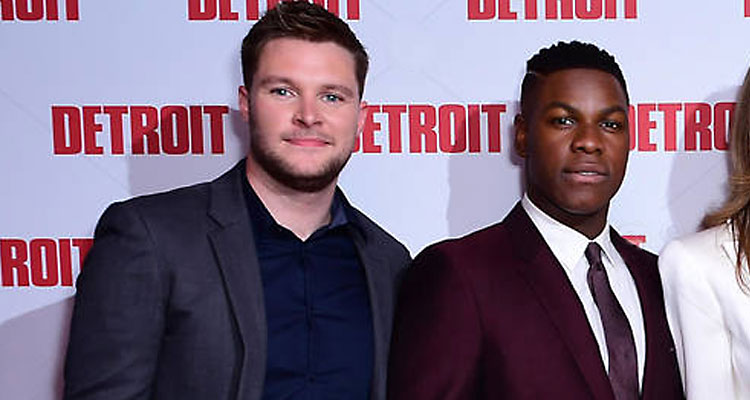 Jack Reynor (‘Midsommar’), John Boyega (‘Star Wars: The Rise of Skywalker’), Felicity Jones (‘Rogue One’) and Jodie Turner-Smith (‘Queen & Slim’) are all set to star in the IRA thriller ‘Borderland.’

Per Deadline, the film will follow “an Irish paramilitary, Michael (Reynor), who witnesses the shooting of his pregnant wife at the hands of an SAS sergeant named Tempest (Boyega) when a border ambush goes wrong. When Tempest is sent back to London to lead a covert counter-terrorist operation, Michael joins a ruthless active service unit (ASU) wreaking havoc in the capital. For Michael, the mission is personal – to hunt down Tempest – and he’ll stop at nothing to avenge his wife’s death.”

The Guard Brothers, the filmmaking duo behind 2009s ‘The Uninvited,’ will direct, based on a script they co-wrote with Ronan Bennett. The story if inspired by Steven S. Moysey’s novel ‘The Road To Balcombe Street.’

According to the site, ‘Borderland’ will begins principal photography on location in the UK early next year.