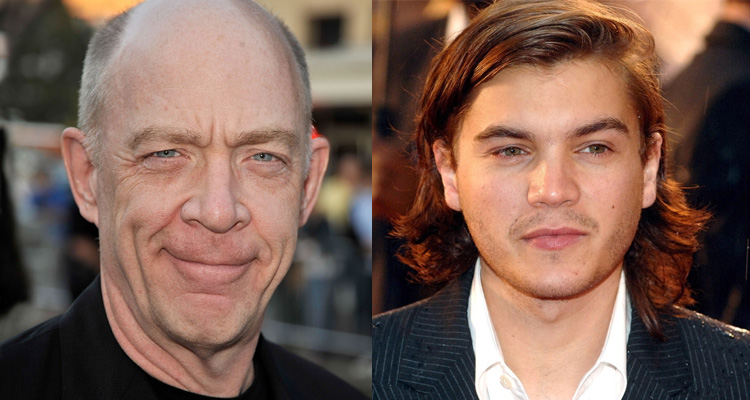 J.K. Simmons and Emile Hirsch Get THE RUNAROUND

Fresh off his Oscar win for ‘Whiplash’ JK Simmons has signed on to co-star with Emile Hirsch (‘Lone Survivor,’ ‘Into The Wild’) in the comedy ‘The Runaround.’

With Gavin Wiesen (‘The Art Of Getting By’) from a screenplay by Seth W. Owen (‘Morgan’), the film stars Simmons as a globe-trotting, workaholic father (Simmons) trying to visit his daughter while on a last minute layover in Los Angeles, only to discovers that she’s disappeared. He forces her awkward, nervous ex-boyfriend (Hirsch), still nursing a broken heart, to help him find her over the course of one increasingly crazy night.

“The producers have assembled a top-notch cast including JK Simmons who is on everyone’s wish list after wowing audiences everywhere with his Oscar winning performance in WHIPLASH, and the versatile Emile Hirsch on board. The script is a wildly entertaining ride from start to finish and we can’t wait to bring this film to audiences,” said Lisa Wilson and Myles Nestel, co-founders and partners of The Solution Entertainment Group.

‘The Runaround’ is set to shoot in Los Angeles in July.