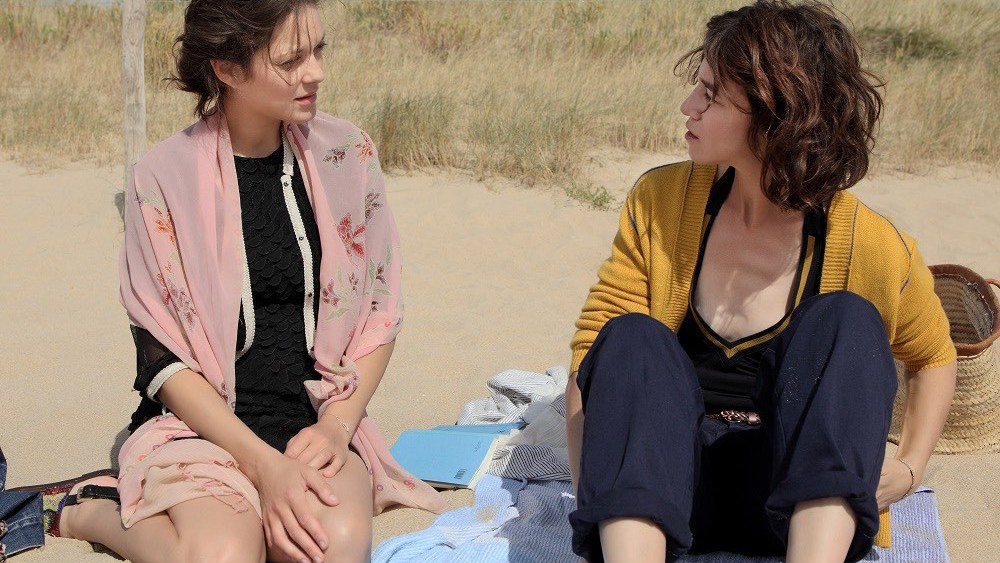 The Plot: Ismael (Mathieu Amalric) is a film director of some note, who is living with thoughtful astrophysicist Sylvia (Charlotte Gainsbourg). He’s currently in production on a film that is inspired by his diplomat brother Ivan (Louis Garrel), who he thinks is secretly a spy. Ismael is still haunted by the disappearance of his wife Carlotta (Marion Cotillard). Counting the days, he knows that she disappeared 21 years, 8 months and 6 days ago. She’s presumed dead, a fact that troubles her father Henri (Laszlo Szabo), also a film director. That is, until Carlotta turns up at Ismael’s coastal house, sending his life spinning further into chaos and confusion…

The Verdict: Ismael’s Ghosts was the opening film at last year’s Cannes Film Festival. It’s a French film that’s very much in tone with the festival’s taste for the pompous and ponderous. It explores the relationship between art, cinema, life, death and rebirth in one occasionally heady mix. However, dig a bit deeper and you can find an intriguing film that has much to say… if only it knew how to say it a bit more properly, by narrowing its focus and concentrating on the storylines that matter.

In essence, you get four films for the price of one here. There’s a love triangle with a dash of Hitchcockian intrigue; a melodrama about a father re-connecting with his long-lost daughter; an offscreen making-of involving Ismael’s film and him losing control over it; and the film-within-the-film, which looks like a convoluted and predictable spy film. The first one is the strongest and it’s no coincidence that Cotillard’s character is called Carlotta. Director Arnaud Desplechin is harking back to Vertigo, even going so far as to having Ismael worshipping a portrait of Carlotta – the only physical memory he has left of her.

Having established a complex dynamic between Ismael, Sylvia and the very much alive Carlotta, Desplechin then mostly abandons it to pursue the other three films later on, stretching the running time well past two hours. While they all feed into the first film in their own individual ways, they don’t all work together. The script, by Desplechin, Julie Peyr and Lea Mysius, just needed a bit more focus to round it out into a satisfying whole. However, Amalric, Cotillard and Gainsbourg all do sterling work here. Cotillard keeps Carlotta at a distance, making her an enigmatic figure in true Hitchcockian style. Amalric conveys the spirit of a tortured artist who can’t separate between reality and the escapism of cinema. Life is cinema, cinema is life?

The title alludes to more than one ghost in Ismael’s life and that’s certainly true. The film explores the idea of how the past can come back to haunt us, if we let it. For a ponderous film that sometimes drags, it’s surprisingly light and funny at times. There’s a lightness of touch to it that keeps it involving. While admittedly there’s too much plot here, Ismael’s Ghosts is a typically French film that is never less than intriguing and holds your attention throughout.