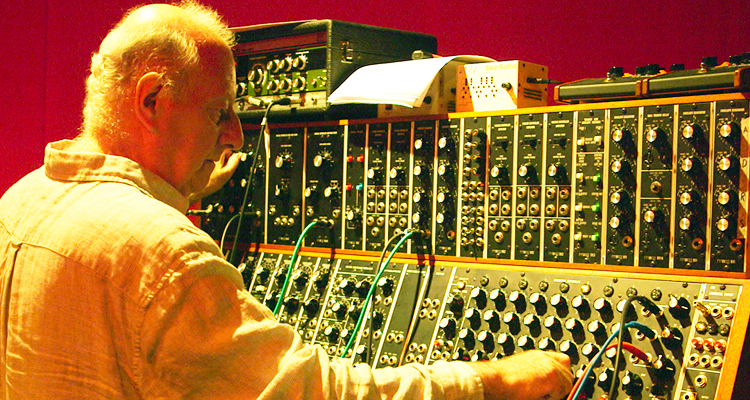 After winning rave reviews during it’s cinema release last October, Irish documentary ‘The Curious Works Of Roger Doyle’ will get a VOD release on VOLTA (www.volta.ie) from May 29th.

This feature documentary which explores the life’s work of Irish composer Roger Doyle as he gets a chance to stage one of his most ambitious musical projects; his first electronic opera. Presented with this opportunity, late in life, it might just be Roger’s last chance to bring his music to a wider audience. As the film observes the preparations for the opera, it takes a trip through five decades of music from the man they call “The Godfather of Irish electronica”. Featuring contributions from his many collaborators including actress Olwen Fouere, theatre director Selina Cartmell and some of Ireland’s first wave of pioneering filmmakers from the 1970s and 1980s – Joe Comerford, Bob Quinn and Cathal Black.

Watch the trailer below.

MORE ABOUT ROGER DOYLE
After leaving school Roger Doyle attended the Royal Irish Academy of Music for 3 years studying composing, during which time he was awarded 2 composition scholarships. ‘I am a composer’, he thought. His works ‘4 Sketches’ and ‘All the Rage’ won respectively second and first prizes in the Dublin Symphony Orchestra’s composition competition, receiving performances when Roger was in his early 20s. Around this time he was also teaching piano (composing ‘6 Pieces for Pupils who Don’t Like Exams’), and being a drummer in jazz/rock and experimental improvisation groups.

He hung up his drumsticks when he was awarded a Dutch Government Scholarship to study electronic music at the Institute of Sonology, then in Utrecht. By saving his scholarship living expenses money Roger financed and came back from Holland with his first LP under his arm OIZZO NO (1975), a mixture of acoustic and electronic pieces. A further scholarship took him to the Finnish Radio Experimental Music Studio for a year. CBS Records released a second LP THALIA in 1978. A third LP was released in 1981 on the London United Dairies label RAPID EYE MOVEMENTS, his ‘masterpiece before the age of 30’

Since then Roger has worked extensively in theatre, film and dance in particular with the music-theatre company Operating Theatre which he co-founded with actress Olwen Fouere. Operating Theatre released singles with CBS and Mother Records in the 80s – the latter produced by Bono of U2 – and also mounted many theatre productions integrating music as an equal partner. In his 30s he worked in many styles, allowing the influences of pop music to filter through. He was one of the first people in Ireland to work on a Fairlight Computer Music Instrument.

In 1990, at the age of 40 he began his life’s work BABEL. In 1999 he set up the Silverdoor label and released BABEL as a 5-CD set, where each track corresponds to a room or place within a giant tower city. It is a celebration of the multiplicity of musical language and evolving technologies.

In 2000 the CD UNDER THE GREEN TIME was released, a collaboration with the Netherlands Wind Ensemble; as was a CD of the piano music which Doyle composed and performed for the Steven Berkoff production of SALOME, which played in Dublin’s Gate Theatre, in London’s West End and on three world tours.

From 2002-07 he worked on a large-scale electronic work PASSADES, released on 3 CDs on Dutch and German labels.
In 1997 he won the Programme Music Prize (with Spirit Levels I-IV from Babel) and in 2007 the Magisterium Award (with The Ninth Set from Passades) at the Bourges International Electro-acoustic Music Competition, in France.

Recent albums are: 2 soundtracks for imaginary films – a cinema for the ear: ADOLF GÉBLER CLARINETTIST and THE ROOM IN THE TOWER (for the National Symphony and Crash Ensemble respectively, with pre-recorded acted scenes); TIME MACHINE (music composed around old answering machine messages), THE THOUSAND YEAR OLD BOY (imagined world musics) and GRANDFATHER CLOCK (music composed for 5 grandchildren). His full-length electronic opera HERESY was premiered in Dublin in November 2016, and released on a double album in 2018. He also completed the album FRAIL THINGS IN ETERNAL PLACES for electronics, software instruments, improvised and scored vocals (2016); HOMEMADE IVORY DREAMS – keyboard-based computer music plus a live piano solo (2017) and THE HERESY OSTRACA – a remix album which fragments the audio files of the Heresy opera (2018).

‘The Curious Works Of Roger Doyle’ will get a VOD release onVOLTA (www.volta.ie) from May 29th.