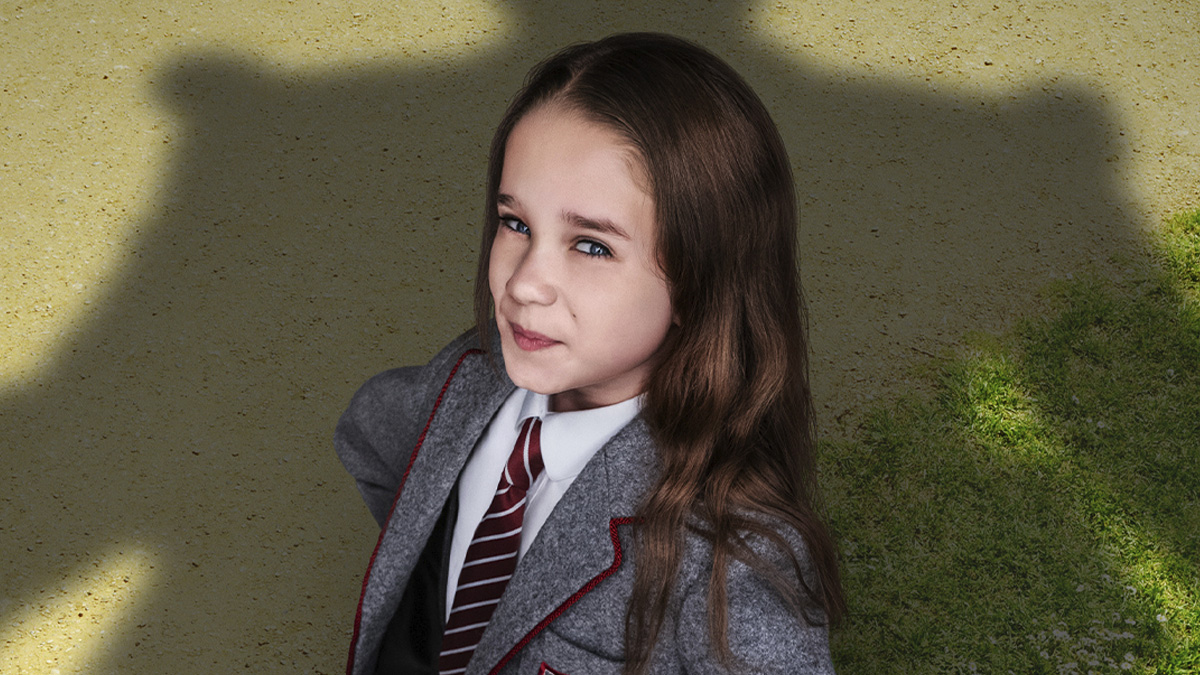 Matilda first became a household name in 1988 thanks to the classic novel from beloved children’s author Roald Dahl. In 1996 the story had its first  film adaptation directed by Danny Devito, receiving huge critical acclaim at the time of its release. The affection for the character led to a stage musical which has run for over twenty years on the West End in London, Broadway in New York, and even played to sold out performances at Dublin’s Bord Gais Theatre in 2018.  The long-running musical, which won seven Olivier Awards & five Tony awards features brand new lyrics and music by the Australian comedian Tim Minchin, and is the inspiration for a brand-new film opening in Irish cinemas this week.

What makes this new film even more special for home audiences is that Matilda is played by 13-year-old Irish actress Alisha Weir. She takes on the iconic role alongside an all-star cast, including Emma Thompson, Lashana Lynch, and Stephen Graham.  Alisha, who has appeared in the hit TV show ‘Darklands’ and the horror movie, ‘Don’t Leave Home’, says she was nervous about being cast in such a big film but was supported by the rest of the cast.  “For my first big film, working with all those amazing people was quite scary, but they were so nice, and they were all so calm,” Weir says that the established actors chatted with everyone on set and that she looks up to them.  The film premiered at the London Film Festival in October, and Weir told reporters that she cried when she heard she got the part. She is a huge fan of the book and was stunned to realise that she would be stepping into the magical world of Roald Dahl.

The story follows Matilda Wormwood, a brilliant child who can speak in complete sentences by age one and has read most of the great works of English literature by four.  Her parents are horribly neglectful and emotionally abusive. In the film, they are played by Stephen Graham and Andrea Riseborough.  They cannot deal with their daughter’s intelligence and have no clue how to cope when she starts displaying unusual behaviour. Going to school should be a relief for Matilda, but Crunchem Hall is ruled with an iron rod by the villainous Miss Trunchbull, played by Emma Thompson. She has gotten away with rotten behaviour for years, but it looks like she has finally met her match in the form of the diminutive Matilda.

Emma Thompson has played many characters but is not known for displaying her meaner side. She was uncertain about taking on the role of the nasty teacher and decided to test her skills by frightening the film’s director, Matthew Warchus.  “Am I going to be able to pull this off? Let’s test it out on Matthew; let’s see if I can frighten him. I marched towards him really fast, and it was quite effective.”   It clearly worked, and as we can see from the trailer, Thompson is a threatening figure.

Warchus is best known for his work in theatre and directed the original production of ‘Matilda the Musical’ on the West End and Broadway. Casting the film, he looked away from obvious choices. Stephen Graham, well-known for playing gritty characters, is a perfect example of Warchus looking outside the box.

Initially, Graham did not think Matilda was the right film for him to star in.  “When I heard Matthew wanted me to play the part, I was like, I do gritty social realism. What does he want me for? But then Matthew said it is gritty crazy social realism, and then he explained it to me, and I thought, wow, ok.”

Like most of Dahl’s works, the story deals with big themes but makes them accessible for young people to understand. The story is full of nasty characters, but thankfully, Matilda has Miss Honey (Lashana Lynch) on her side. She is a sweet-natured and inspirational teacher who does not like how Miss Trunchbull treats the children and develops a soft spot for Matilda.  The importance of diversity in film is expressed by Lynch, a Hollywood rising star who has bagged key roles in both the Marvel Cinematic Universe, the James Bond Franchise, as well as the recent ground-breaking, The Woman King.  “I’ve almost spiritually been given the opportunity to gift my childhood self what I didn’t get when I was a child because it’s inspiring to see a young black woman on screen, not be perfect, not be striving for excellence. She just is.”

The film is bursting with song and dance routines, and Tim Minchin says he is delighted to hear a new generation of actors sing his songs. “I feel so blessed that I get to sit back and watch yet again a new set of incredible artists interpret these songs.”  With such an incredible cast, Minchin’s songs are in safe hands.