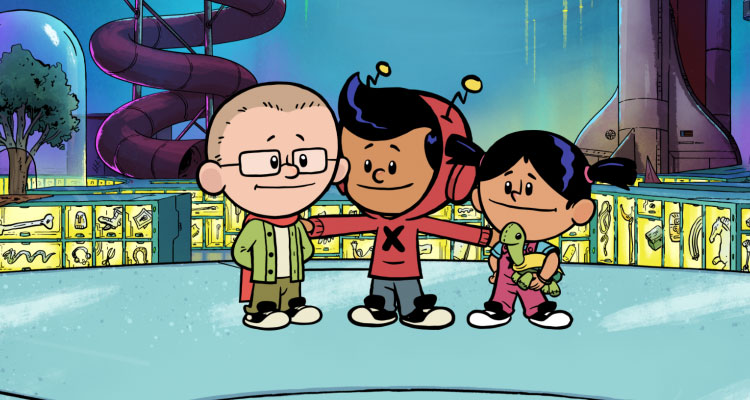 The nominations for the 47th annual Annie Awards were announced earlier this week, and a huge congratulations goes out to the team at the award winning animation studio Brown Bag Films for snagging three nominations for the pre-school shows ‘Xavier Riddle and the Secret Museum’ and ‘Let’s Go Luna.’

“What a wonderful achievement for the entire team!,” said producer Jennifer Bradley. “It’s thrilling to be recognized with this nomination and the team is ecstatic with the news! Congratulations to all!”

Speaking of the nomination, producer Charley Thomas said, “Our team has worked incredibly hard to bring Let’s Go Luna to life and we are all so proud of what has been accomplished. Our hope was always that kids at home could feel like they are travelling around the globe with us without ever leaving their living room, and I feel like we have met that goal and even exceeded it.

Since the start of this production, our whole crew has learned so much; not only about global culture, but also what it means to be connected to one another. I think the core themes of Let’s Go Luna are evident not only on screen but across the relationships that were built between all of us. We became one big family working on this show and we’re all very proud of it. A lot of work went into these episodes, from initial conception to final finished product, and this nomination is a huge honour for us.”

You can check out the full list of nominations at the following link. annieawards.org/nominees

Brown Bag Films is one of the world’s most exciting, original and successful creative-led animation studios. With studio locations in Dublin, Toronto, Manchester, and Bali, Brown Bag Films creates cutting-edge animation for the international market. Founded in Dublin, Ireland in 1994 by Managing Director Cathal Gaffney and Creative Director Darragh O’Connell, and acquired by 9 Story Media Group in 2015, the studio remains 100% creatively-driven with a focus on producing the highest quality, cross-platform animation with strong stories and engaging characters.