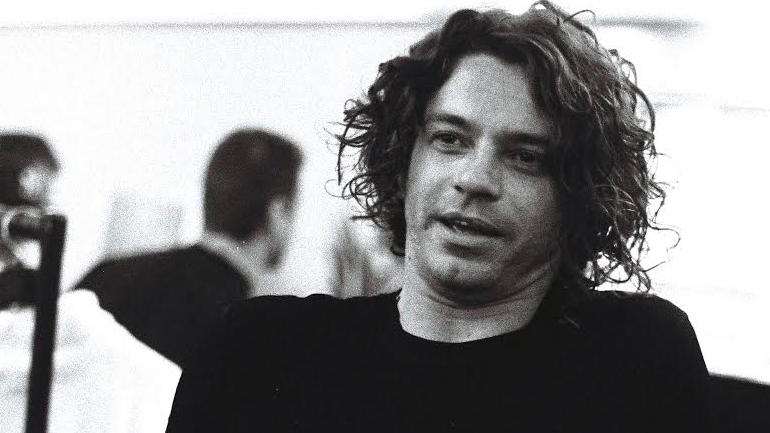 1991 had been a spectacular year for INXS. Their album ‘X’ had been on the charts for eight months, going platinum in the UK as well as double platinum in the US. Winning two Brit Awards, INXS had played a record-breaking run of shows in their Australian homeland, headlined Rock In Rio, and undertaken a sold-out tour of the USA. However, it was the events of July 13th 1991 that would take the band into the musical stratosphere.

Six years to the day of Live Aid and five years and a day since the band supported Queen at Wembley Stadium, INXS headlined their own show at the famed venue to a sell-out crowd of 73,791 crazed fans with support from Jellyfish, Roachford, Jesus Jones, Deborah Harry, and The Hothouse Flowers. The event, called ‘Summer XS,’ was immortalised in the best-selling long-form video ‘Live Baby Live’ (directed by David Mallet) and partly by the album of the same name.

Twenty-eight years on, the film has been painstakingly restored over a six-month period from the original 35mm negative to 4K Ultra HD. The film is also now presented in glorious cinematic widescreen, which was created by going through the film shot by shot and repositioning every one to get the best out of the frame. To accompany the astonishing visual upgrade, the audio will now be presented in full Dolby Atmos, created by the band’s Executive Music Producer Giles Martin and Sam Okell, at Abbey Road Studios. Even better, the restoration process unveiled a ‘lost’ performance which was not included in the original releases – ‘Lately’ from the ‘X’ album. It is now returned to its rightful position in the concert setlist.

INXS’ long-time manager Chris M. Murphy had spent a decade scouring the world trying to locate the original 35mm film cans to produce this result. With the search becoming increasingly desperate and just when (almost) everyone had given up hope, the missing canisters were miraculously found in Australia. 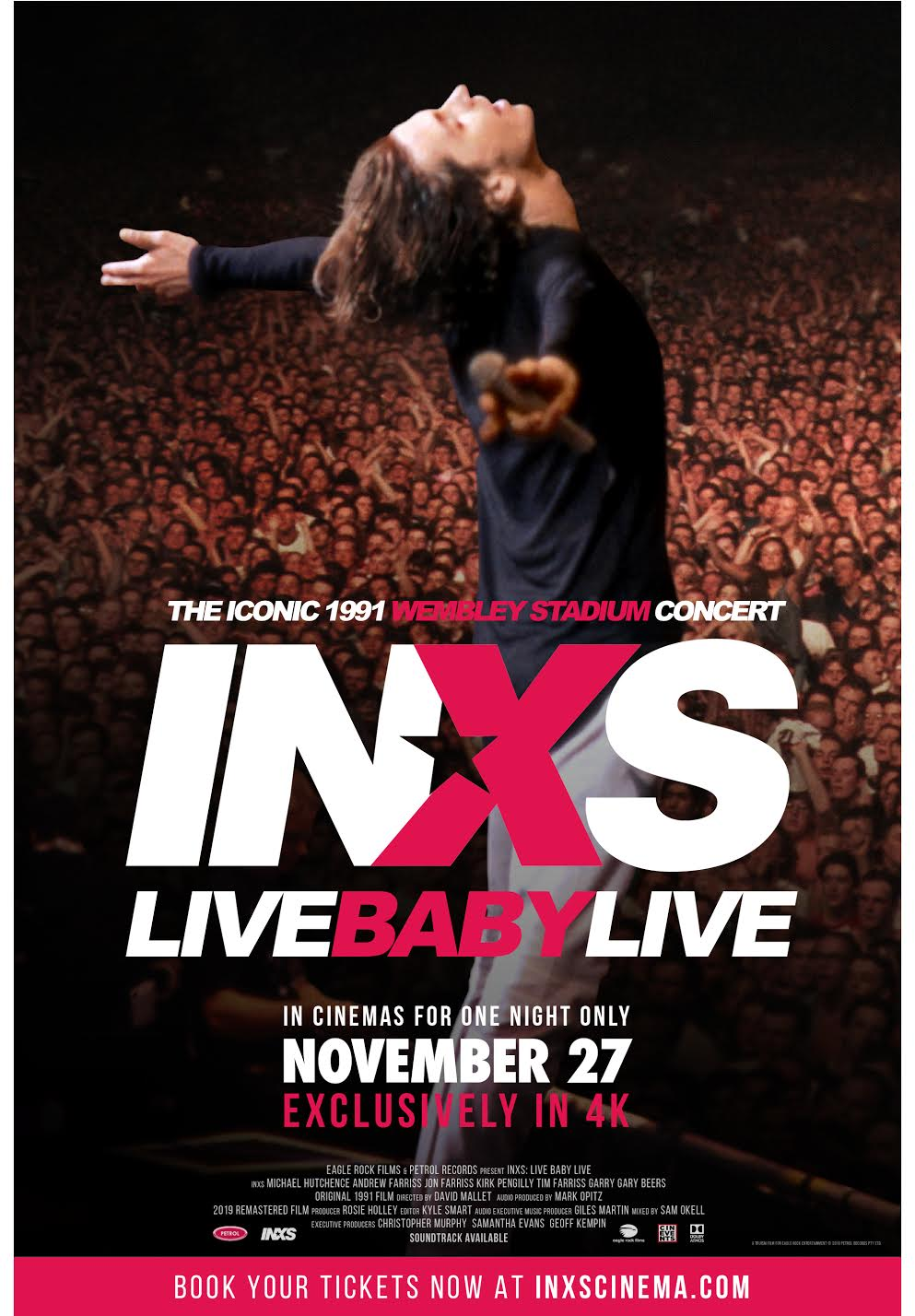 With the upcoming release of the already critically acclaimed ‘Mystify: Michael Hutchence’ documentary, Murphy said “When you’re working on a project for so long, there’s the fear ‘What’s everyone going to think?’ That turns into astonishment. Watching it back Michael is better than even I thought he was – how he managed the stage. His voice became more powerful as the gig went along. It was extraordinary to watch – the crowd and band were as one”.

“We were just six blokes from Australia that treated Wembley Stadium like just another pub gig, we went it in with a PA and a few lights and played our asses off. No ego ramps, no back-up singers, no props, no grand pianos etc, just the six of us….and the audience went nuts! That’s all we needed!” commented Tim Farriss from INXS.

On returning to the original live multi-tracks to create the stunning new Dolby Atmos mix, Executive Music Producer Giles Martin said “This new mix of Live Baby Live captures one of the biggest global sensations at the height of their powers. INXS are one of the greatest bands to have graced the Wembley Stadium stage. The sheer scale of seeing an audience moving as one to the music is mesmerising. Working on the film took me back to a time where an audience completely connects with a band without holding up any phones, and the energy in the stadium is mind blowing”.

The recording of this legendary show almost didn’t happen. With only days to go before the band were due to play the stadium, Murphy came up with the grand plan to film the special event. Having discovered the group a dozen years previously, he intuitively knew this was INXS’ and Michael Hutchence’s ‘moment’. This show would be their defining document.

Murphy rallied all of his contacts in London like a 1991 version of ‘The Greatest Showman’ trying to raise the money to film the Wembley show. Legendary director David Mallet, who had worked with the likes of Pink Floyd and David Bowie, accepted the task but needed 17 cameras and a helicopter to shoot this special moment in time, all on expensive 35mm film.

As Chris Murphy and Michael Hutchence stood together side of stage gazing at the sold-out crowd, the INXS musicians were already on stage jamming into ‘Guns in the Sky.’  Michael peered way out into the crowd, then with a smile looked back at his mentor and trusted friend Murphy “So how much are we making for this”? Murphy, without flinching, rolled two of his fingers into a zero. Then said “17 cameras and a helicopter mate”. Michael responded, “You m**********r!” then ran onto the stage to deliver the performance of his lifetime.

Murphy had taken the very bold decision to contribute INXS’ income from the sold-out show to capture what Murphy believed would be the highlight of INXS’ career. Geoff Kempin, who would later co-found Eagle Rock, was at the time head of PolyGram Video, and he came to the rescue to assist in the funding the filming of Live Baby Live. Who would have known 28 years later that ‘Live Baby Live’ would be held up as one of the best live shows ever put to film. A special edition of the Live Baby Live Wembley 1991 soundtrack will be announced in the coming weeks.

All these years later, people still ask the question is it LIVE BABY LIVE? or LIVE BABY LIVE LIVE? Murphy, who came up with the title, will always smile and respond, “just listen to the opening lines of ‘New Sensation”.

The film will open in Irish cinemas on November 27th 2019
Visit INXScinema.com for local listings & tickets.