Congratulations Emer on Phil Lynott: Songs for While I’m Away. What was it like building this narrative on such a legend like Phil Lynott?
Well, it was wonderful and a great journey of discovery and also a bit terrifying. I really felt the responsibility of telling that story and telling it well. He’s such a legend, such a huge icon for Irish people and this story had never been told on the big screen before so it was exciting as for me as a long time Lizzy fan. I’ve been a Lizzy fan since I was a teen.

So you’ve been a fan since you were a teenager, what was it that got you into this film? What was it that inspired you to tell this story?
My sister and I had two boyfriends when we were teenagers who were big Lizzy fans so that is how I got introduced to them. I was actually at their final two gigs in Dublin the RDS in 1983. I remember holding up the lighters and crying the whole way through. I was then approached by one of the producers of the film, Alan Maher around Christmas 2017 just as I was finishing up the publicity of my last film The Farthest. He had heard I was a fan and he approached me to see if I would be interested as they were looking into making a film about Philip Lynott, so he asked me if I was interested in joining them and I was so excited. I thought it was high time it was made. I think it’s a film for more than just Thin Lizzy fans, it’s a film for anyone who’s interested in how a young mixed-race boy from an underprivileged part of Dublin rises out of that life in the 1950s. That’s how it came about and I was delighted to join the team.

You said there you were at his final two gigs in Dublin, and there’s a lot of footage from his performances in this film, did you find yourself in any of the archive footage?
We do have footage from that final Thin Lizzy gig in the RDS in March or April, so it is in the film, but no close-ups of me, unfortunately, but I think I know where I was standing in the crowd so I’m pretty sure I can point out my lighter.

The imagery of Phil Lynott: Songs for While I’m Away is a dreamlike and trippy aesthetic. Was that what you were going for when making the film?
We were trying to tell the story through his songs and performances but also we were trying to find a visual language by which I could communicate some of the subtextual elements about the story, about the private man behind the rockstar. Some of the visuals were driven by that desire to deconstruct those ideas of image.

It was really interesting for me during the making of this film he was an extremely shy person and an extremely private man and he had consciously crafted the stage persona, the big blousy macho man. That was a deliberate construction of his, possibly to hide behind or as a useful vehicle for how he might express parts of himself that he was particularly comfortable with. So I and the visual team were definitely trying to figure out those ideas of public and private and deconstruction of image and that’s why it’s kind of dreamy and reflected on water and reflected on smoke. All are of an attempt to say, how can we know anyone?

You spoke there about learning about Phil Lynott, elements you didn’t know already. How much did you learn?
I read a lot of the books so some of it I knew, but his shyness was something new for me that I never knew. I didn’t know he was uncomfortable in the limelight early in his career. All of that was new. I learned that he was a big cheese fan.

I don’t know if you know the line but it was always in my mind, by their friends you shall know them. This idea of obviously we can’t talk to Philip but we can talk to his wife, his ex-girlfriend, his children, his closest friends, his closest bandmates and in that way, we can construct the man through his songs and these stories. It’s obviously subjective but we’re trying to leave the audience some room to figure out stuff about him that may not be that apparent.

There is the common belief of don’t meet your heroes as they’ll not live up to your expectations. Were you afraid going into this your views on Phil Lynott might change?
That was always a risk because once you start to explore you head out on this journey with some preconceptions and with the desire to throw them away if they’re not useful or they’re not proven to be true. So you definitely want to have that inquisitive, that honesty, that authenticity to the journey, so yeah there was a slight concern it was going to tear down some of my previously held beliefs. I didn’t find that however, what I found which was the most extraordinary part of the process for me was meeting the people who were close to him, to see the man they were revealing. The esteem at which they held him and yet not shying away from his faults, that they spoke about his difficult side too, but actually seeing the love and the tenderness of which they recalled him and wanted to speak of him and wanted to tell you about his life.

That was a great privilege and I was open to where the journey was going to take us. I was happy we could make such a celebratory and uplifting film about this man. What I love about the film is that you don’t have to be a Lizzy fan to appreciate it, ultimately it’s about a person trying to articulate their life through their work.

What was it like meeting his family, because they would definitely know a side to him a handful of people knew of?
It was a huge privilege and it was actually the first meeting about the film after coming onboard. Alan Maher and I flew over to meet Caroline and Philip’s daughters, Sarah and Cathleen and we really just talked to them about the film I wanted to make. I wanted to see if they had an interest in being in it and all their general thoughts on it, I also just wanted to see what was he like at home. Did he like coffee or tea? What was he like away from the limelight? We also had a kind of connection, my mother died when I was very young when I was four so Sarah, Cathleen and I bonded over being a child who has lost a parent never mind an unusually famous parent.

Those ideas around what memories you have, little fragments of memories, those stories you’re told by your mother or your grandparents about the person and how precious these memories are. It was wonderful to meet them and wonderful to get along so well with them. It was simply a privilege throughout the whole process of the film. because I wanted to honour Philip, I wanted to do right by him. Adam Clayton said to me when I was interviewing him, very kindly, but he said,” you’re entrusted with a great responsibility here”, and I knew I was and I was very careful.

How difficult was it to build this film in the editing room?
Certainly difficult enough, although made much easier by my editor Tony Cranstoun who is an extraordinary storyteller and I was very lucky to have him at the wheel. I don’t use a narrator in the film so the story is told through the interviewees, through the quality of the interviews you get. We had to build a story from all those interviews but the guiding force was telling the story through the songs so the hardest part was choosing which songs to feature in the film. I’m sure the fans will have many discussions about that. We had to choose songs that captured moments in his life and allow us to explore ideas around his love of his mother, around how his shyness played into his development, as well as the moment when he crafted the rockstar persona.

The songs formed the script and the interviewees helped to further bolster the narrative they built. We were given a wealth of knowledge and we shaped it into something with a lot of heart and humour that also allows the audience to see the man behind the showman. It was a challenging and thrilling journey. 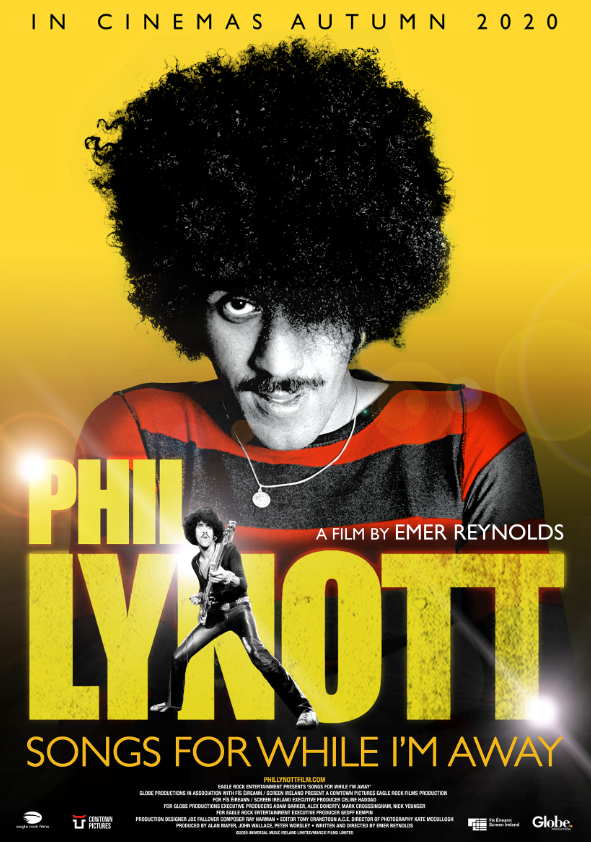