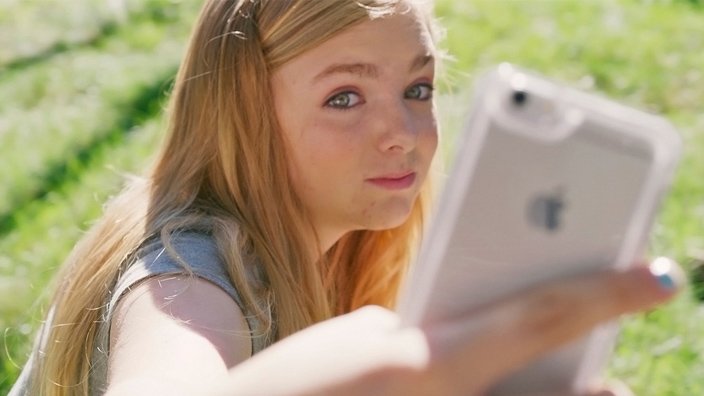 EIGHTH GRADE is the debut film from American comedian  Bo Burnham. It tells the story of an introverted teenage girl trying to survive the last week of her disastrous eighth grade year before leaving to start high school.

On your last visit to Dublin you played a sold out comedy show at Vicar Street. What made you park stand-up to write & direct a movie?
I had started doing theatre when I was younger, that was my first love, I tried to drag everything I loved about theatre into my stand-up but the one thing I couldn’t drag was collaborating with people. Stand-up is inherently solo. I really just wanted to work with people again, work with scenes and actors. As I was doing stand-up I began to concurrently write screenplays and fell in love with that medium.

As a well-known comedian was there any pressure to make the film a full on comedy?
Yeah, for a while that was the easier sell, rather than a movie about a 13 year old girl they’d ask, “what’s the point? you’re not in this”. I’ve been through that for years, going into meetings, selling concepts but I had this script and said “take it or leave it”, this is all I wanted to do. I tried to write it small enough that it was affordable for a financier to gamble on.

Tell us about your process of writing the script?
I knew I wanted it to be about living with the internet. So I stumbled across this kid and found I could say everything I wanted through her openness and her anxiety. When you’re that age everything is such high stakes, even though its likely very banal. The first draft was very quick,but it was revised over years, the internet was changing and that updated the script.

Did you chat to many kids of school age about the problems facing today’s generation?
Not really, mostly It was listening to kids online, I didn’t feel I needed to do that, because I’ve this huge infinite well of information from kids posting their videos on YouTube. I think a kid expressing themselves in their own videos is going to be more truthful than than expressing to me when I asked them a question.

Which is more of a challenge to write, a full stand-up show or a movie where you’re writing for other characters?
They each have their own challenges, stand-up is difficult, the writing happens concurrently with the performing, the writing is always changing as you bring it in-front of an audience. Whereas a movie is written in isolation so the process is different, Stand-up is combined into one thing, the writing, the performing, the editing is all happening at once. Whereas film is separated into different processes from making it and editing it. I think stand-up takes longer to write for sure.

You personally wrote a letter to Irish artist ENYA asking for permission to use her song ‘Orinoco Flow’ in the film. How did that go down?
I always wanted to use her song, that song is what the internet feels like to me. It’s also the type of song you’d listen to at the age of 13 to feel deeper than you are. It’s one of those songs you listen to as a kid and think ‘Finally, I feel like a deep person’. It makes the internet scene feel meaningful and religious. I wrote Enya a letter and the price came down, I didn’t hear from her directly but I’m so so grateful that she let us have it. We had to describe the movie in the letter and my last line in the letter was ‘Sail Away’.

‘Eighth Grade’ has a whopping 99% on Rotten Tomatoes, has this encouraged you to make more movies?
I need an idea first, I’m still searching for one but I’d love to get back into stand-up too, it’d be good to clear my head but yeah this film had an incredible run, it’s been received way more than I expected, I would hope I didn’t expect this reaction or I’d be a total maniac.  (laughs)

EIGHTH GRADE is at cinemas from April 26th