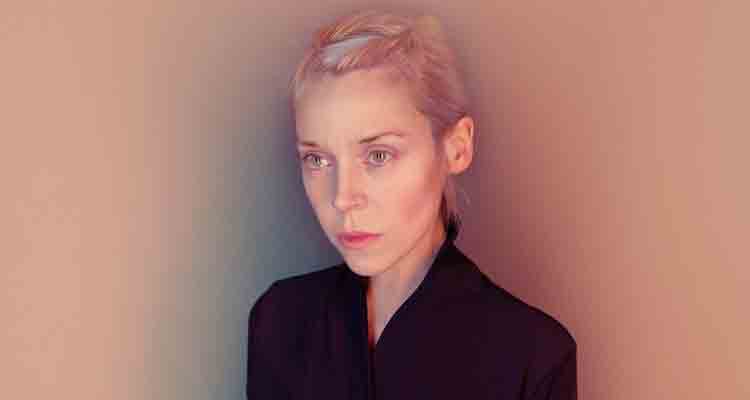 INTERVIEW with Antonia Campbell Hughes for The Uncertain Kingdom

‘The Uncertain Kingdom’ is a ground-breaking anthology of twenty-short films from twenty diverse directors offering a unique portrait of the nation today. Subjects explored in the film include climate change, cultural identity, migration, disability, homelessness and sexuality.  We chatted to Northern Irish actress Antonia Campbell Hughes who has directed a short film ‘Acre Fall Between’ in the anthology. ‘Acre Fall Between’ is set on a desolate Northern Ireland border, a man (played by ‘Adam & Paul’ star Mark O’Halloran begins a desperate search for his family, knowing the future he feared is nigh. The film is available to stream on demand from June 1st.

Antonia is an actress, writer and director. A 2012 Screen Star of Tomorrow and winner of a prestigious Berlinale Shooting Stars award, her on-screen credits include Kelly + Victor and Jane Campion’s Bright Star. She will next be seen in Cordelia, which she also co-wrote with director Adrian Shergold, and in The Other Me, alongside Jim Sturgess.

The Uncertain Kingdom is an anthology of twenty short films, how did you first get involved in having ‘Acre Fall Between’ included?
I got an email out of the blue from Georgia Goggin producer, and ‘The Uncertain Kingdom’ core team. Quickly followed by a phone call from her. They told me a very tiny bit about the project and asked me if I would like to make a short film of whatever my liking, to be a part of their series. They told me some of the other filmmakers they had invited- some of whom I knew personally, some who’s work I like. I know Ray Panthaki for years, and I like Hope
Dickson Leach’s work very much. It sounded too good to be true. To be allowed the freedom to create a film entirely of my own design, is a rare opportunity. Initially the option was given to either write OR direct, but I have been working as a writer for years and this particular unite was to direct. So I wrote the script and directed the film. After one draft, the theme of ‘environment’ was more heavily focused on.

How was the idea of a 20 film anthology pitched to you?
Specifically in their first email to my agent…” It’s a new film fund which is giving 20 teams of filmmakers £10,000 each to make a film about how they see the UK in 2019. We are looking for a Northern Irish director, and I wondered whether Antonia Campbell Hughes is looking to direct another short? “  I was very drawn to be the Northern Ireland representative. Most people don’t know that I am Northern Irish. I had also just met Brian Falconer from Out of Orbit Films at a film festival in the States, and he and I were keen to work together. ‘The Untitled Kingdom’ project came in at the exact same time, and required a NI producer.

Subjects explored in ‘The Uncertain Kingdom’ include climate change, cultural identity, migration, disability, homelessness and sexuality. How did you decide which of these to focus on?
I was asked to focus on ‘environment’ as a theme. Which coincidentally was very much the focus- visually of my piece. Landscape and our natural habitat, how it thrives or extinguishes.

Did you have an idea for the film in mind straight away or did it take time to develop the idea?
I knew instantly the themes I was interested in. I received the call when I has just arrived in California.. Yucca Valley. I had been in Derry, NI the week previously over easter. I had also been working on my own environmental Sci-Fi TV series for some years, so this was a great opportunity to explore some of the concepts I was interested in. Also, I was in prep for my first feature IT IS IN US ALL, with Screen Ireland which is set in Donegal… I was eager to get some experience shooting those landscapes. There were a few passes on the script draft, for clarity etc. Limited budget was a difficulty in preproduction, and several key beats in the story had to be lost, as simply they could not be afforded.
Myself and DP Eoin McLoughlin had been speaking about working together previosuly, and was very keen to write a piece that I felt would showcase his photography skills.

‘The Uncertain Kingdom’ includes work from 19 other directors, did you chat with any of them about their contribution?
Sadly I was filming in Georgia (the country) for quite some time in the first months when I was asked to be part of The Uncertain Kingdom, so was unable to meet the other teams. They did hold an event for everyone to meet one another. Producer Marie-Therese Mackle attended representing my film.

You cast the wonderful Irish actor Mark O’Halloran in ‘Acre Fall Between’, What did he bring to the project?
I have always known of Mark, and been a fan since Adam and Paul. He is such a wonderful writer and performer. I love actors who do other things also… I think this thought and intelligence brings further insight into their performance. Mark simply has such a wonderful face… he exudes such wisdom and depth… even when his face is still. He was a perfect casting for this role. A man searching, and alone.

How did a script with such little dialogue look?
As an actor, I am very excited when I am presented with a script where the dialogue is sparse. Words can often be a hindrance in a film. So much more can be said without speaking. The script was very descriptive, and The Uncertain Kingdom were extremely open and generous in allowing me the freedom to make a fairly conceptual piece.

The film feels very post-apocalyptic, almost perfect for our times, how difficult was it to get the tone of the film right?
I very specifically wanted a sequence of tableau landscape shots, with the man passing through them. To showcase a vast land we recognise but also seems alien. A place that can be perceived as another planet. I have always felt that parts of Donegal feel completely alien. Practically, having no sheep in the shots was quite an obstacle. We had to make use of CGI. VFX to remove sheep!

How long did it take to shoot Acre Fall Between?
I invested a lot of time in location recces. I was very specific in how I wanted my landscapes to look. I wrote from the land that I know, which is the Inishowen Peninsula, Donegal, and then also the drive along the Glenshane Pass. Because of pound sterling spend, we could not shoot in Donegal.

Where was the film shot?
The locations were: white park bay, star bog road and Murlough bay all Co Antrim. (There is also a Murlough bay in Co Down just to be confusing) Leslie Hill Farm, Drumnamallaght (the houses) Vow Road (the wheat field) all in Ballymoney. We had lots of support from small private landowners.

What were the biggest challenges shooting it?
Budget. It was a very ambitious shoot for such limited funds. Animals! (I had a scene with many dogs, that proved too costly). Fish alive underground was aways going to be tricky. Art department, building science fiction style incubation cylinders was also a sticking point- with budget.

Can you tell us about the underwater scenes?
We had an incredible under water team. Oliver Hegarty, who dives and does underwater filming. His work was a huge asset.

Is that actually Mark O’Halloran deep diving?
Mark did the first initial dive and much of what you see is him. The deeper water swimming is a stunt diver.

The Uncertain Kingdom was due to have a cinema release on April 3rd, what were your thoughts when that didn’t happen?
I wasn’t surprised. It had been a very steady quick succession of cancellations. I had a film at SXSW, that was the first festival cancellation. Then BFF. Then all cinemas shut. Productions stopped filming. I was doing castings sessions in Belfast for my feature. All prep on my feature stopped, and I was stuck in Northern Ireland- not really able to return home to London. I felt very confident that ‘The Uncertain Kingdom’ would secure a good online release. Many films were going that direction. I dont think its necessarily the best avenue for most independent films. Cinema theatre experience is invaluable, and an essential part of most artistic filmmakers work. But online seems to be very well suited to The Uncertain Kingdom as a collection of shorts.

As an actress, director and writer how has your lockdown experience been?
Unusually I have been very busy. My writing work has amped up several gears. I think almost no actors globally are working. But again, very unusually I shot a tv pilot, called ‘Little Room’. (‘Little Room’ is available to view at www.pinpointpresents.com)