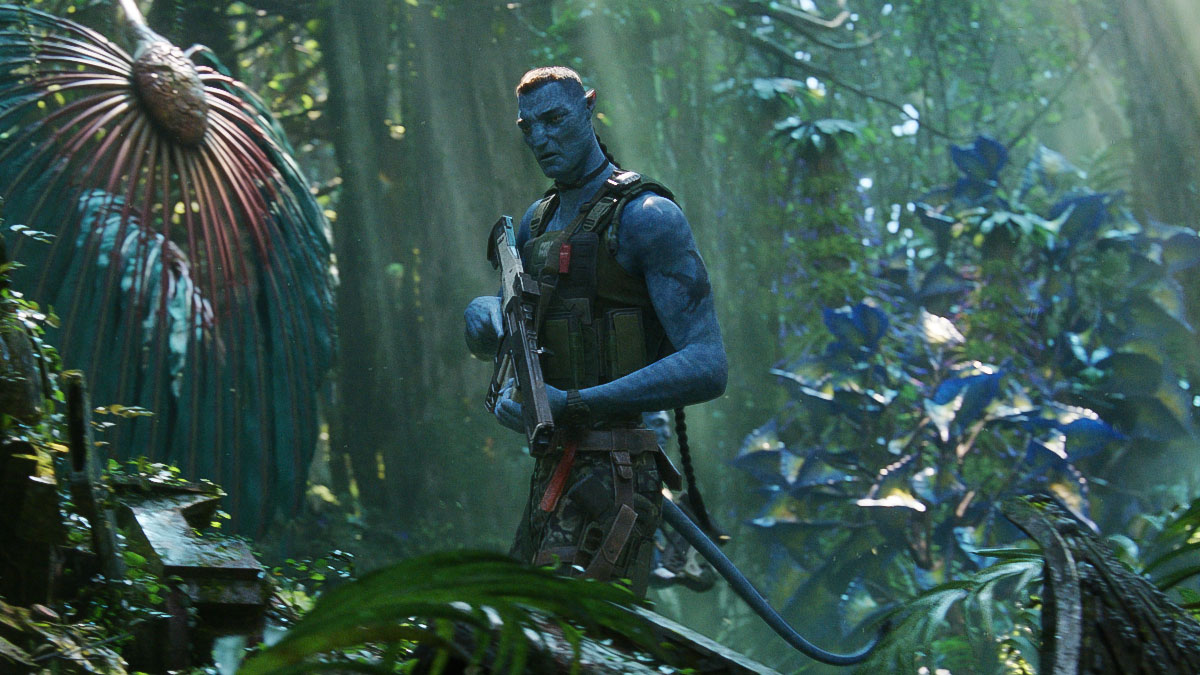 Interview : Stephen Lang talks about AVATAR : THE WAY OF WATER

13 years ago, James Cameron’s ‘Avatar’ expanded what visual effects could achieve and introduced us to the splendour of distant moon Pandora and its native species the Na’Vi. In typical Cameron fashion, he refused to film ‘The Way Of Water’ until technology had advanced enough to bring his next vision to photo-real life. We sat down with Stephen Lang who played the military antagonist Colonel Quaritch (very deceased in the first movie) who returns for the sequel somewhat unexpectedly playing an avatar of Quaritch, cloned with his memories and personality.

Nearly everyone in the world has seen the original Avatar. How did it affect your life?

I wouldn’t say it’s changed much in my personal life – I’m still treated like a dog by my family (laughs). I guess it’s raised my profile to an extent in the business but it’s been a while. Things have settled down. I guess, to the extent that I have an image, I am perceived as one of the bad guys in film but I don’t take it too seriously.

At what point did you know you’ll be working on more than one of these, since your character died in the first one?

Back in 2007 when we were still working on the first one, we had one of our rare parties in New Zealand and we were having a beer when Jim (Cameron) said ‘You know Quaritch is coming back’ and at the time I didn’t know Jim to the extent that I know him now and I’m thinking ‘Oh yeah, that’d be great, have another beer’ but knowing him the way I do, he doesn’t say stuff lightly. And certainly not something like that lightly because that’s a big deal. Then in 2010 we were at a dinner and I was presenting him with an award and Jim says to me at the table ‘You’re coming back’ and I said ‘Really?’ And he said ‘Oh cut it out, you knew that! I told you that back in 2007!’ But I didn’t realise the extent of how deeply enmeshed Quaritch was going to be in the narrative when he laid it out. And then the scripts began to come. So I was obviously pretty gratified to be part of this

What was it like working with performance capture technology on this film?

Performance capture is fascinating and challenging to do and I didn’t get to do a lot the first go round but this time I worked almost exclusively in the motion capture suits. That was terrific – terrific is a nothing word, I mean it was hard to do but I had all these examples of Zoe and Sam who’d done it before and they were very successful at it so I didn’t think there was any reasons I couldn’t do it. Also i didn’t find it very difficult to fit my perception of Quaritch into the performance capture rig. It’s a very sleek, uniform rig and it helped me a lot.

What does performance capture bring to an actor’s work?

Certainly the underwater stuff brought a lot of new stuff to it – it’s just flat out tough to do. What we do – we are working on this alien planet and when you’re working underwater, of course it’s not an alien planet but it’s not circumstances under which we normally do our work. So right there it’s strange – and you add performance capture to that and it’s just flat out tough because on top of what you would normally be doing you’re having to make sure you’re relaxing and you’re breathing and all that. I’m of the opinion that performance capture at its most fundamental is not that different from any other kind of acting. Acting is about communicating and responding and being as honest and authentic as you possibly can in the moment. It doesn’t matter what you’re wearing. I can just conceive of my rig as my wardrobe. I also think that Jim does a really good job of minimising the problems that can be caused by technology. He has great great regard for acting which is one of the reasons he’s able to elicit such fine performances from the people across the spectrum of movies that he’s made. But he’s very very adept at removing the worry that can happen.

Did your working relationship with James Cameron change over these movies?

I love working with Jim and I venture to say that he enjoys working with me as well. From the very beginning, we’ve worked very publicly together. Which is to say we have our whispered conferences but we also work in front of people, within earshot of crew and it can get caustic, it can get funny… The thing is that Quaritch, like every other character in the film, is an aspect of Jim. He has a great understanding of the character, he wrote it. So he also dominates space. And then you have two alphas trying to dominate space and we found a sort of way to make it work, there’s an aspect of performance to it. The crew sort of enjoy it because they like to see Jim get as good as he gives. As you probably know, Jim can be pretty… rugged onset. But I can give it as good as I get and I think the crew liked that (laughs).

AVATAR : THE WAY OF WATER is at Irish cinemas from December 16th