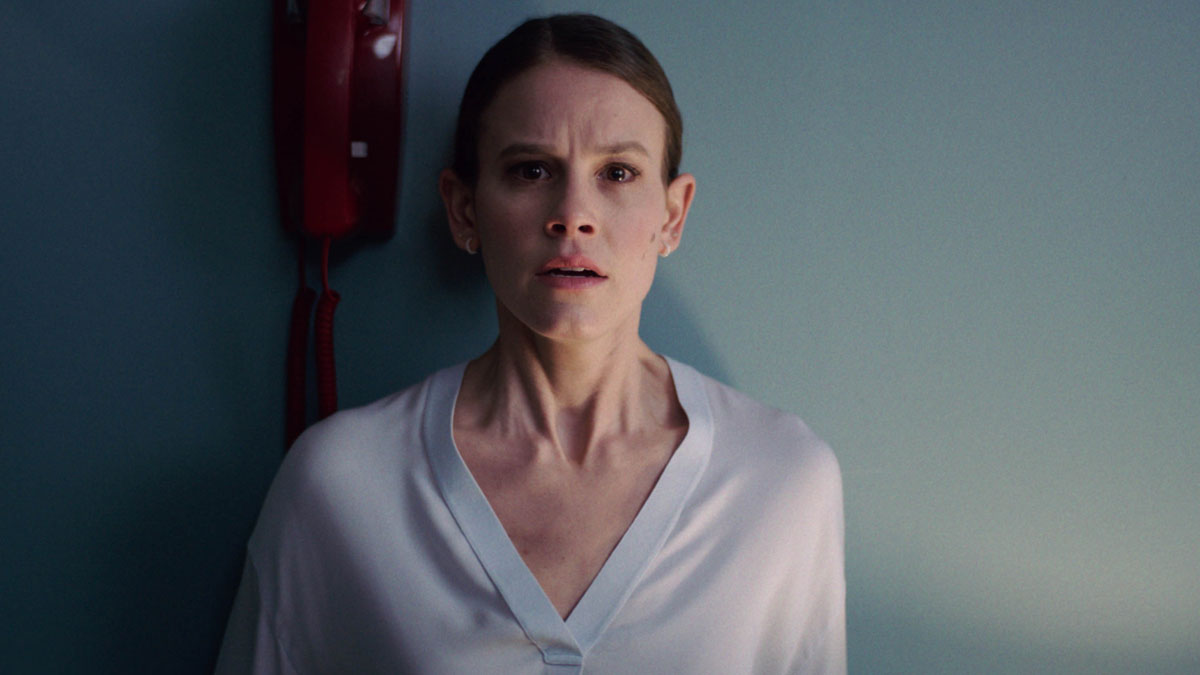 A smile has never looked as sinister as it does in the new psychological horror film ‘Smile’, which features regular people with dangerously unnatural grins stretched across their faces. Here, director Parker Finn talks about the origins of the film, which came from his award-winning short-film ‘Laura Hasn’t Slept.’

How did ‘Smile’ begin for you?
Back in 2019, I had an idea to make the short film, ‘Laura Hasn’t Slept’. One of the things I was really interested in exploring was the feeling of, when you wake up from a bad or anxious dream or nightmare. Those first few minutes you feel this sense of panic. Even though, you know, it was just a dream, sometimes that feelings linger with you for minutes, or even hours. It’s illogical that you can’t shake it. And I wanted to capture that feeling on screen. I had been thinking about this bigger idea, this bigger story that I wanted to tell… that eventually became ‘Smile’. I wanted to explore the horror behind the things that we carry around inside of ourselves, and pair that with what it might feel like to experience your own mind turning against you.

What was the process going from a short to a feature film?
The short premiered at SXSW in 2020, and we were lucky enough to win a Special Jury Award. From there, there was suddenly a lot of interest in what I might be able to do with a larger story. I am always interested in challenging myself to do something new. So even though there are these parallels and these threads of DNA, I didn’t want to be a rethread of the of the short, I wanted it to be its own separate thing.

There are obvious differences between a feature & a short film, one particular being budget, how was it seeing those bigger moments on the big screen?
You know, it’s really, it’s intense. It’s funny, the budgets get larger, but I think, you know, you’re always racing against time, there’s never quite enough money, you’re always trying to do more and punch upwards. And the best filmmaking is always trying to punch above its budget level or its scheduled number of days… Sometimes, I remember on set, taking a step back and realising, you know, wow, we’re closing down a city street, or, you know, I can’t believe the scope of what the crew is able to do. You’re able to move mountains sometimes when you’re working with a real budget, which was something brand new for me. At the end of the day, the similarities are that you’re just trying to get everything done that you can and within the time and the budget that you have.

Tell us about casting Sosie Bacon as Rose?
I always knew from the beginning that the entire film was going to hinge on the performance of Rose. She’s in almost every scene of the film. And, you know when I met Sosie, I was just so impressed with her. She is, first, an amazing actress, but also emotionally intuitive. I couldn’t imagine anyone else as Rose… She has this incredible ability to draw viewers in, and align them with the character, which is so important when the character is going through such an intense, frightening journey. In my opinion, I think she’s given one of the most astonishing, debut leading performances in recent years.

What are you hoping audiences will get out of Smile when they see it on the big screen?
Well, I think the movie is going to surprise people, while hopefully also respecting audience’s intelligence. I think it’s deeply psychological. It’s also intensely visceral and physical. There are big moments that are going to hopefully make audiences jump out of their seats and scream. It also leans into this sense of creeping unease that I think is going to linger with audiences long after the credits roll. And I think people are going to be scared, they’re going to be shocked, but they don’t want to close their eyes. I’m hoping that when they leave that they’re going to want immediately talk about the film with their friends and sort of try to unlock all the mysteries inside of it.