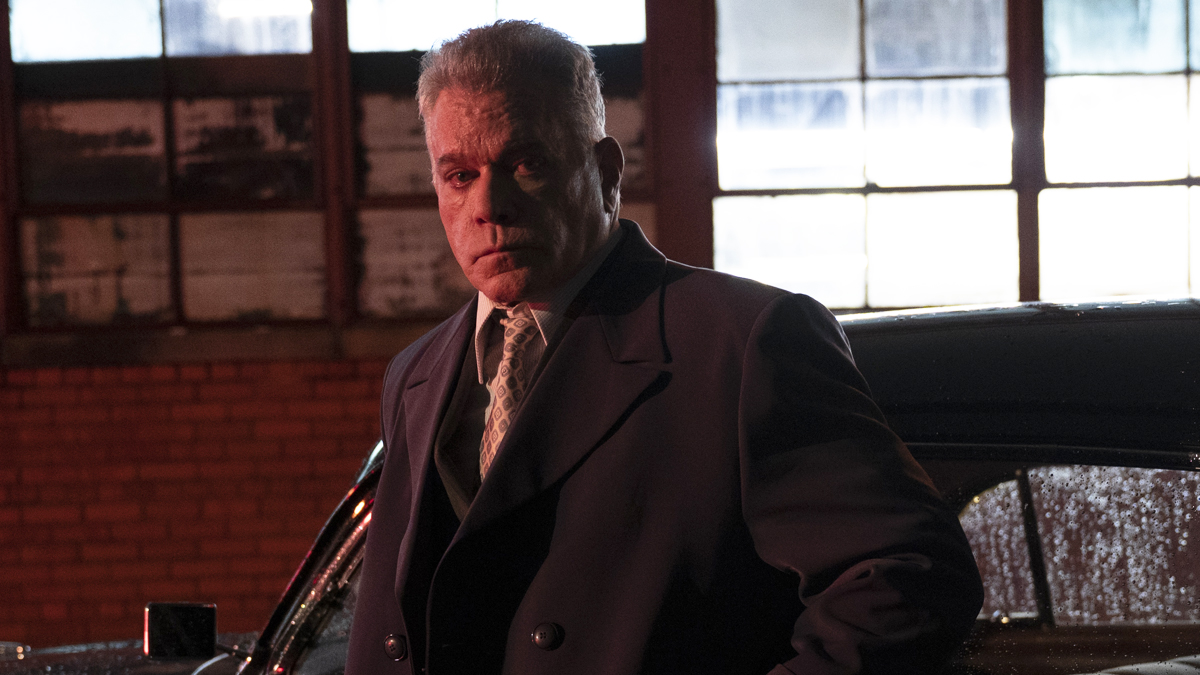 Ray, you have played plenty of gangsters; what is it about them that attracts you?
Ray Liotta: Each one has its own individual story; there are certain coincidences or things that the genre kind of demands, but it is fun doing it. I’m not a violent person; I’ve never been in a fight, so to play somebody tough is fun. My friends will laugh at it because they know I’m not a tough guy.

This is a big ensemble cast; what is the key to working together so that no one performer outshines the others?
Ray Liotta: A well-written script dictates how people behave; everybody was on the same plane in terms of the intensity they wanted to portray. MP: Julia, did you take inspiration from any iconic 1950s Femme Fatales to get to grips with your character? Julia Fox: Not really, but I did watch a lot of 1950s talk shows to see what women were like. I felt like the role came naturally; it felt very second nature.

Julia, your character Vanessa is a classic 1950s femme fatale, but she has more opportunities than women would have had at that time. Did you enjoy that aspect?
Julia Fox: What I think was interesting was during that time, there really wasn’t a lot of opportunity for women in most industries, including crime. What makes Vanessa so iconic is playing these guys. She takes what she wants because she knows that she will not be given a fair chance. She is a hero in my eyes.

There are many moving pieces in the plot. Was it hard to visualize it all coming together when you first read the script?
Julia Fox: The script was complicated; a lot was going on. It’s one of those scripts that you have to read twice to make sure you got it all just because there are so many different characters, and they all have a different agenda, and their stories all intertwine. There was so much going on on-screen and on the page, but I think it came together brilliantly. I think it’s one of those movies you have to pay attention to, or you might miss a very big part and then not understand the rest. It’s compelling, and your eyes are glued to the screen; it’s very intricate and intense with a beautiful score and beautiful costumes. It’s very polished. You want to keep looking at it.