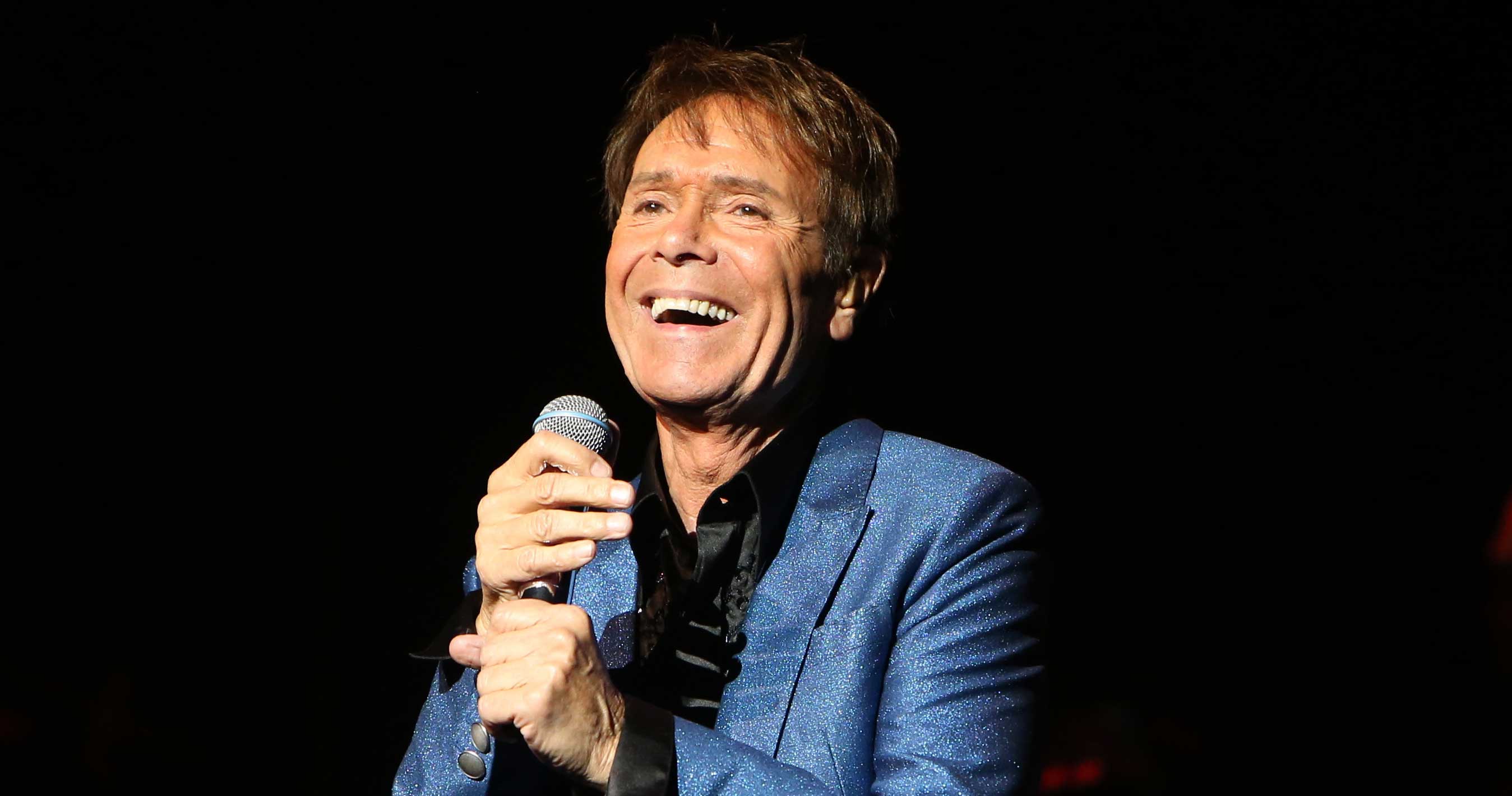 Sir Cliff Richard is without a doubt one of our greatest musical treasures. With a staggering 103 album releases, a record breaking 123 single hits and the equivalent of 20 years spent in the UK and Irish charts, voted Britain’s “Ultimate Pop Star”, 2018 sees Sir Cliff celebrate his 60th anniversary in the music business.

Now for the very first time, Cliff will bring his enthralling live show direct to cinemas across the UK and Ireland, live from Manchester Bridgewater Hall on Friday 12th October. Encore screenings will run on Sunday 14th October at 3pm in celebration of Sir Cliff’s 78th birthday.

Presented by CinemaLive, leading producers and distributors of Event Cinema, Cliff Richard Live: 60th Anniversary Tour will be shown on over 700 screens in the UK and Ireland including major multiplexes and many independent cinemas and arts centres.

This tour marks your 60th anniversary – how has your live performance changed over the year?
In my first concerts I had no catalogue of my own and so I sang many songs recorded by my contemporaries of that time. Now I am lucky to have a massive catalogue, and everything changes when you have hits of your own!

123 singles to date is a staggering achievement, but which is your favourite to perform?
“Miss You Nights”…. “Devil Women”….“Ocean Deep”….”We Don’t Talk Anymore” are among my favourites. All the number ones are great to sing knowing that they are now wrapped up in people’s memories. There are a number of songs on my new CD that I can’t wait to sing live…I am a very lucky guy!

What can the audience in the cinema expect on the night? Any surprises?
A lot of the above and as to surprises.  I think it would be a shame to give them away.

You have been to Ireland several times, any special memories performing here?
Ireland has always been welcoming to me, going right back to the time when the Shadows and I were starting out as a R ‘n’ R combo. The Irish have remained constantly loyal and welcoming to me for which I will always be grateful, and every visit has been memorable…here’s to the next one!!

The encore screening is on your birthday! What’s your biggest wish for your 78thyear?
I wish for another year of the good health that God has provided me with and, as always, I hope I don’t disappoint my fans in any way and that this tour will bring pleasure, fun, and a little bit of something new into their lives.

What were the reasons for doing the cinema event this year? Could you have imagined that when you first started out that technology will make this possible?
Presenting my concert in a “cinema” format is something that in those early years was an impossibility.   Way back, to be seen in a cinema meant we had to perform live in a cinema, so this screening is going to be a great thrill for me and my band.

What are your favourite memories from 60 years in the music industry?
Even after all these years, it is still exciting to remember those 14 No 1’s…those 34 top 4 records and all the top 20 entries I had….I find it hard to think that it actually happened to me.

What can fans expect from your new album releasing in November this year?
In the last 15 years I have not recorded any brand new songs, so the fans will probably not be expecting them.  This CD however, is full of them. Warner Music decided that I should make the move back to, how, in those early heady days I would walk into a studio with a bunch of brand new material. I feel that I have been “reborn”… in that this new album takes me back to where I started, bringing fresh songs to an audience.

You are very spiritual, has that helped you along your long-lasting time in the entertainment industry?
Finding myself, spiritually, was an eye-opener.  I began to understand myself better, and I now believe that if we understand ourselves then we can begin to understand others…if we can forgive ourselves, then we can forgive others.  The music business is about reaching our audiences with our music and lyrics.  So, “yes” my faith has been a wonderful support and education for me and has seen me through the bad times and made me very grateful for the good times. 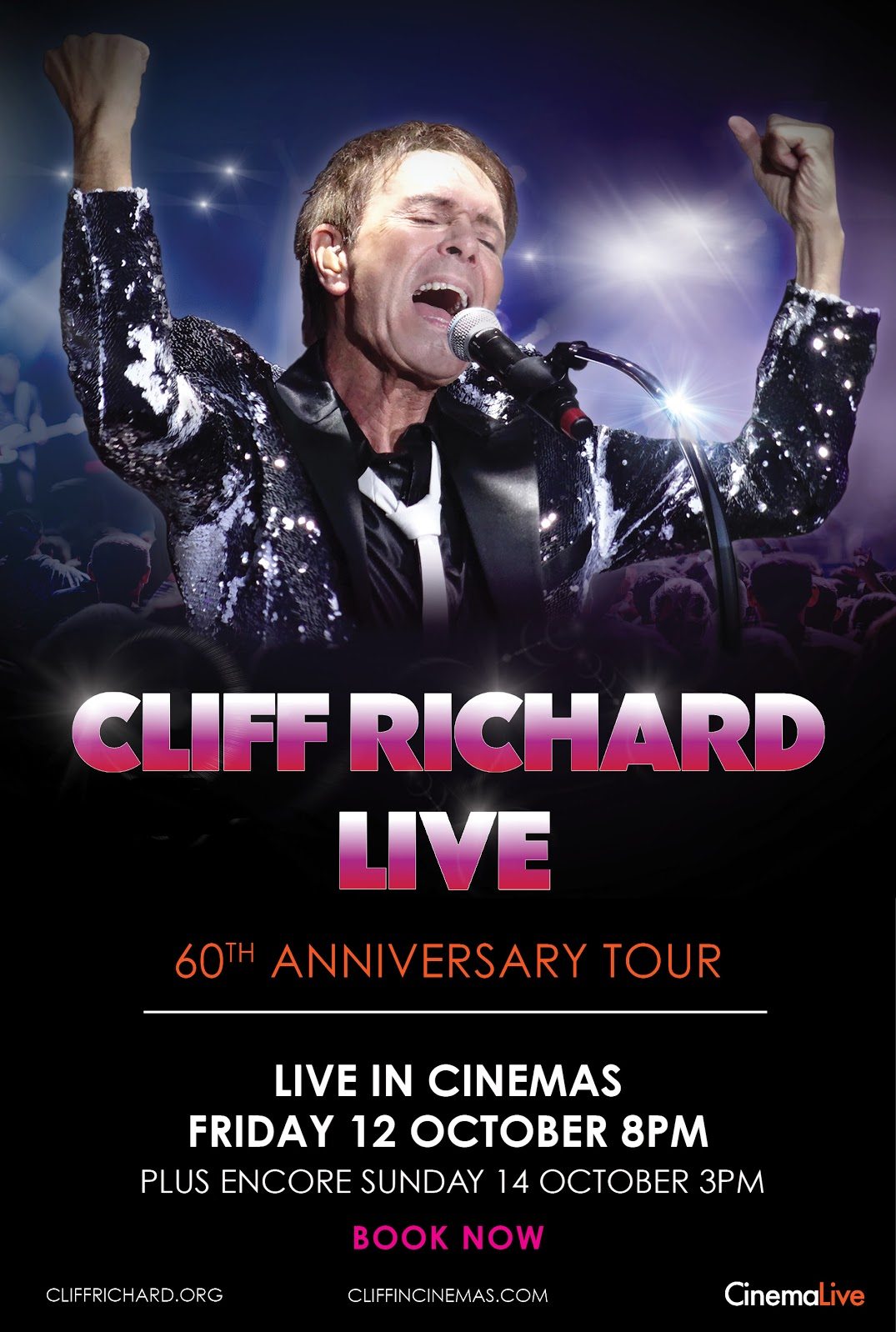 Cliff will bring his enthralling live show direct to cinemas across the UK and Ireland, live from Manchester Bridgewater Hall on Friday 12th October. Encore screenings will run on Sunday 14th October at 3pm in celebration of Sir Cliff’s 78th birthday. For more info visit http://www.cinemalive.com/event/cliff-richard-live