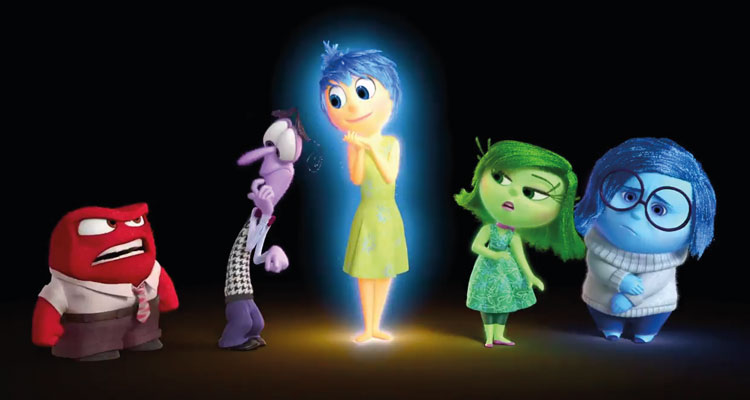 INSIDE OUT – Interview with Writer/Co-Director Ronaldo Del Carmen

Pixar’s highly anticipated new film, INSIDE OUT is one of the highest rated movies of the year, it also secured the biggest ever US opening for an original film with an estimated weekend box office of $91 million sailing past the previous record holder AVATAR which took $77 million in 2009. The film opens in Ireland this weekend, and Movies.ie had the pleasure of sitting down with writer and co-director of INSIDE OUT, Ronaldo Del Carmen, to find out more about the culmination of five years’ work, and how it felt to direct his first feature film alongside Pete Docter.

Five years of work on INSIDE OUT have culminated in one of the best reviewed movies of 2015. How do you feel?
Ronaldo Del Carmen: I feel great! I feel like if somebody tells me if I work really hard for five years I’m gonna end up here… Sign me up!

It’s your first feature film – you previously directed the short film DUG’S SPECIAL MISSION – was the transition a huge challenge for you?
RDC: It’s not as much of a big change because I worked with Pete [Docter] before on the story of UP, so that relationship was key. Working with him had not changed drastically; my role had expanded so that I actually am doing this job wherein I get to partner with him and collaborate with him at the onset and the beginning. I go to every part of the movie along with him first, so that was amazing.

The characters are so fantastic and beautifully realised in the film, where did the design come from?
RDC: We started looking at them and trying to represent how they feel to us. Joy, to us, felt like someone whose arms are always outstretched, eyes giant, looking at everything, wants to take everything in and full of energy. She doesn’t know how to slow down, and she always wants to make sure that she can influence everything, so everything is happy. That felt like, we gotta draw her like someone who is energetic and effervescent, and that she should probably have short hair because she is very active. She should be zipping around here and there, so she should be lighter. That happens very instantly, so people would be drawing the characters… Anger should be like rigid and square and immovable; he’s kind of like a charcoal briquette. He’s gonna catch on fire at any time. So that felt amazingly easy to do. Also we wanted to make sure that the audience, when they see the characters, they kind of know which emotion it is, so that was a good test.

There are so many beautiful details in the film like the Train of Thought and the Islands of Personality. Where did they come from?
RDC: A lot of those things are there because of our story. We don’t create these landscapes just because oh! That’s clever! We did create a lot of those places we could go to [but they are] not in the movie because it doesn’t fit the story. A place that you go to, like Imagination Land, is there to represent that part of Riley; it used to be thriving, but it’s kind of in disrepair. The Train of Thought is something that we came up with that’s really fun, because you know those times where you lose your train of thought! We made sequences like that to entertain ourselves, but we were like ‘We also could use those to transport things… It’s valid! We’ll keep it!’ That’s how we do things.

What’s next for you… Other than a holiday!
RDC: A break, and then I serve at the pleasure of John Lasseter and Pixar, so whatever they point me to, I will go.

INSIDE OUT is released in Irish cinemas on July 24th 2015