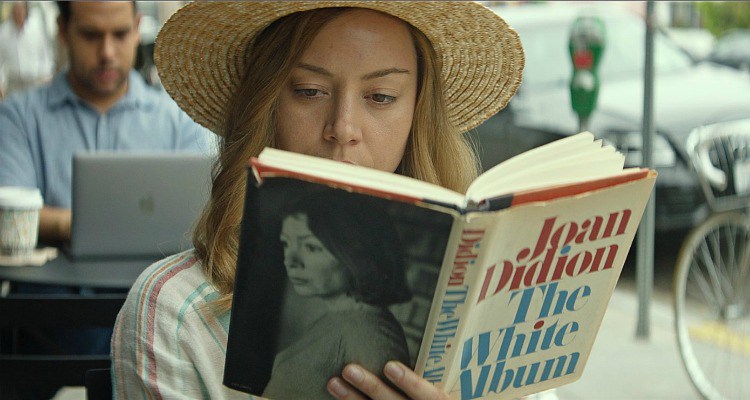 INGRID GOES WEST (USA/16/98mins)
Directed by Matt Spicer. Starring Aubrey Plaza, Elizabeth Olsen, O’Shea Jackson Jr, Wyatt Russell, Billy Magnussen.
THE PLOT: When she is released from an institution after she pepper sprayed a bride for not inviting her to her wedding, Ingrid (Aubrey Plaza) finds a new object for her affection; Instagrammer Taylor Sloane (Elizabeth Olsen), an LA based photographer, finding fame for her posts on Instagram. After Taylor responds to Ingrid’s comment on her photo of avocado toast, Ingrid takes the money she was left by her recently deceased mother, and moves to LA to be closer to her crush. Ingrid soon strikes up a faux friendship with Taylor, but Taylor is also not quite what she seems.
THE VERDICT: Two years after Instagram star Essena O’Neill dramatically quit social media, the juggernaut social media platform shows no signs of slowing down, and the reach of users on the site – even as Kardashians often mistakenly post sponsored content, and alt-right Twitter trolls are exposed as fake – grows further and further , and this is the phenomenon addressed in the pitch black comedy ‘Ingrid Goes West’.
Aubrey Plaza stars as the titular Ingrid, and it should come as no surprise to fans of the actress, that this is a film that allows her to be as dark as she wants, while also showcasing her skill for playing characters uncomfortable in their own skin. While in the past, Plaza has made a name for herself playing self assured but cold characters, Ingrid is a departure, since she feels rather like an empty vessel; one with no confidence in herself, or identity outside of that which she emulates. Elizabeth Olsen obviously has a great time playing the vapid, hipstery Taylor, whose heavily curated Instagram is the source of Ingrid’s obsession. The rest of the cast features O’Shea Jackson Jr., Wyatt Russell and Billy Magnussen.
David Branson Smith and Matt Spicer’s screenplay plays with the idea that those we idolise, both on social media and off, create a public image that hides the pain and awkwardness of their true lives. It is in trying to keep up with Taylor and win her love that Ingrid loses herself, but this is what she wants. We do not learn much about Ingrid throughout the film, but this feels like a deliberate choice as she so utterly loses herself in her obsessions with other women. Taylor is a character that is hard to dislike, but feels as though she is a walking motivational poster, doing everything for the Instagram likes. In one particularly telling scene, Taylor convinces a gas station attendant to lie on the ground to get the best angle for a photograph. Cleverly, the screenwriters never try to explain Ingrid’s actions or mental state, a move that as clearly a choice to keep the film on track, and to allow the character to get away with her dark and twisted schemes.
As director, Matt Spicer mixes ‘Single White Female’ with ‘Young Adult’ to create the tone of ‘Ingrid Goes West’, and makes sure that Ingrid’s actions are questionable – if not downright embarrassing – throughout. The film is well paced and energetic, and makes great use of the California light and style, something that is so often strived for in social media posts, but rarely feels as effortless as it looks. There are times when the morals of the film feel rather questionable, especially in its closing moments, but the troubling aspects of the film are the story that it is telling, so even if Ingrid comes out the other side of her relationship with Taylor without learning anything, this is the point of the tale.
In all, ‘Ingrid Goes West’ is a dark and twisted morality tale, expertly led by Aubrey Plaza and Elizabeth Olsen. The jibes in the film as subtle and smart, with the final scene feeling more like a horror film than one of morality, but there is a lot of fun to be had with ‘Ingrid Goes West’, as well as some uncomfortable truths being shown on screen.
RATING: 4/5
Review by Brogen Hayes