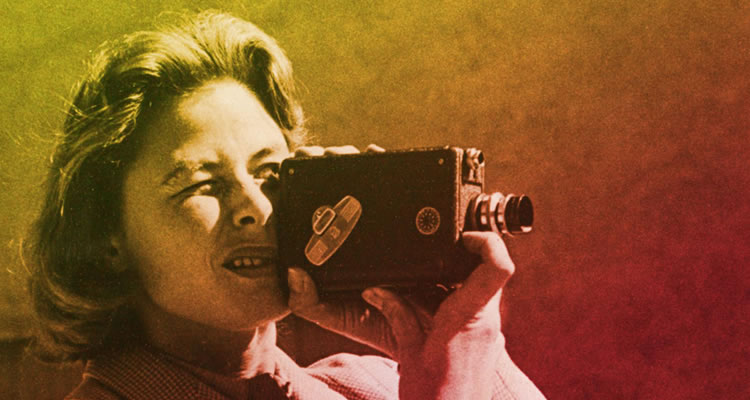 Ingrid Bergman In Her Own Words

INGRID BERGMAN IN HER OWN WORDS (Sweden/TBC/114mins)
Directed by Stig Björkman. Starring Ingrid Bergman, Pia Lindström, Isabella Rossellini, Liv Ullman, Sigourney Weaver.
THE PLOT: Over the course of her life, Ingrid Bergman kept diaries, and wrote letters to her children and her friends, as well as filming hundreds of hours of home videos. Under the eye of director Stig Bjorkman, these valuable assets have been pulled into a film about the actress’s life. These, combined with interviews with her children and interview footage, paint a picture of the actress when she was not on screen, and her fascinating personal life.
THE VERDICT: It seems as though there are thousands of documentaries doing the rounds about public figures who are no longer with us – surely one will crop up about Robin Williams any day now – but since this is the year that Ingrid Bergman would have been 101 years old, and she is such a luminous screen presence, it seems right that she be the face of the Cannes Film Festival last year, and the subject of this Cannes Classics documentary that screened at the festival.
Stig Bjorkman has carefully woven together Bergman’s home movies, interviews, letters to her friends – narrated by Alicia Vikander – and talking heads with her children and friends to give audiences a glance at the private person behind the movies, the scandals and the legend.
‘Ingrid Bergman In Her Own Words’, as is hinted by the title, is a film made up of home movies shot by the actress herself – the idea that she felt intimacy with the camera bcause her father always filmed her as a child is an interesting one – but there is a disconnect throughout the film between the person we know from the screen and this new version of the person that we see in the film. There needed to be a balance between home movie footage and the films of Bergman that we simply do not see. As well as this, the film feels drawn out and slow from time to time, making this less a journey of discovery and more a story whose impact has been lessened due to some bad pacing.
In all, ‘Ingrid Bergman In Her Own Words’ is an interesting documentary for fans of this luminous and natural actress, but those who have less knowledge of Bergman may often find themselves struggling to fill in the gaps.
RATING: 3/5
Review by Brogen Hayes

Review by Brogen Hayes
3
One for fans