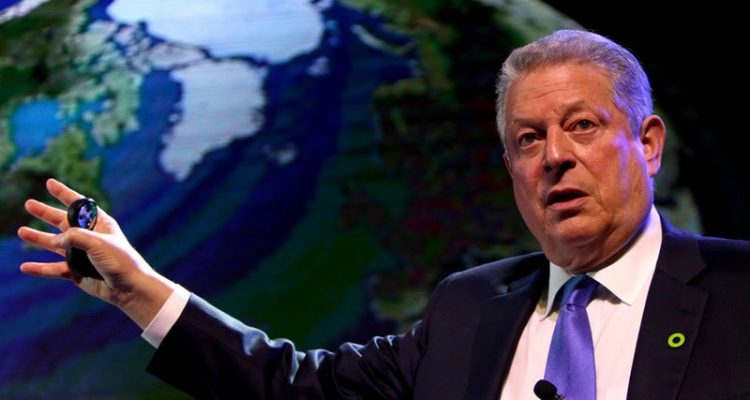 AN INCONVENIENT SEQUEL: TRUTH TO POWER

AN INCONVENIENT SEQUEL: TRUTH TO POWER (USA/PG/98 mins)
Directed by Bonni Cohen, Jon Shenk. Starring Al Gore.
THE PLOT: A decade after his ground-breaking documentary ‘An Inconvenient Truth’, former Vice President and crusading environmentalist Al Gore returns to survey the current situation. He finds that concern over climate change is growing ever more prescient. Polar ice caps are melting, sea levels are rising and extreme weather events are becoming the norm, rather than the exception. He finds that there’s also a grassroots-level movement stirred up by the first film to invoke change in the way we, as governments and citizens, approach climate change on our planet. All of this builds up to the Paris Climate Accord in November 2015. But there’s a setback in June 2017, when President Trump announces America’s withdrawal from it…
THE VERDICT: While many Hollywood films often get sequels that they don’t deserve, documentaries are another proposition. ‘An Inconvenient Truth’ was a call to arms, so to speak, to defend our beautiful planet, our only home, against increasing pollution and climate change. The sky is not an open sewer, as he declares. A sequel seems not only welcome but necessary, now that we live in the age of an increasing social media presence. Starting in a Swedish research station in the polar ice caps, Al Gore discovers that the ice has melted under it to a significant degree in the last decade. One of the Gore’s predictions from the original film that was claimed to be nonsense is proved to be true – the melting water ended up flooding the World Trade Center memorial site.
As with the original film, Gore presents some frightening statistics via his unique method of delivery – a dynamic PowerPoint slideshow. Climate change is real and it’s not going away anytime soon. However, he feels that we’re at a tipping point, similar to the Civil Rights movement. We’re this close to making real, substantial change. Renewable energy via wind and solar power is the key to tipping this balance. Visiting sleepy Georgetown, Texas and its amusingly proud mayor, he discovers that it has gone 100% renewable energy – the first in America. The Paris Climate Accord proves to be a momentous event for all concerned, but Gore doesn’t dwell too much on how President Trump’s frankly incomprehensible withdrawal from it will change things. It’s a big hurdle, but it can be overcome (hopefully by the next administration).
Taking over from Davis Guggenheim, co-directors Bonni Cohen and Jon Shenk give a more positive spin on this film than its predecessor. It’s not all doomsday scenarios or warnings about how future generations will live on Earth. If anything, Gore is pleased with progress on climate change… but more needs to be done. It’s that level of positivity which drives this engaging film, so it becomes less a call to arms and more a call to redouble our efforts. Gore’s delivery is charismatic and powerful, emphasising that everyone has a duty to do what they can to fight climate change. While it doesn’t have quite the impact of its predecessor, this justified follow-up demands attention nonetheless.
RATING: 4 / 5
Review by Gareth O’Connor