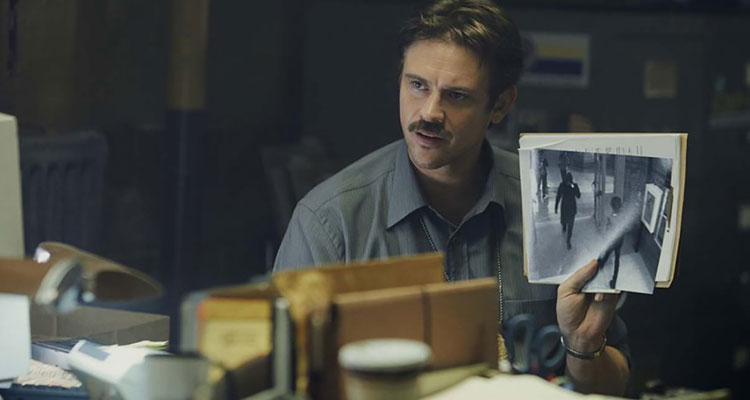 IN THE SHADOW OF THE MOON Trailer Starring Boyd Holbrook. Cleopatra Coleman and Michael C. Hall

From Jim Mickle, director of ‘Stake Land,’ ‘Cold in July,’ and the 2013 remake of ‘We Are What We Are,’ comes a mind-bending sc-fi thriller about a Philadelphia detective who slowly unravels as he nurses a lifelong obsession with an enigmatic female serial killer whose crimes defy explanation.

In 1988, Philadelphia police officer Thomas Lockhart (Boyd Holbrook), hungry to become a detective, begins tracking a serial killer who mysteriously resurfaces every nine years. But when the killer’s crimes begin to defy all scientific explanation, Lock’s obsession with finding the truth threatens to destroy his career, his family, and possibly his sanity.

IN THE SHADOW OF THE MOON arrives on Netflix on September 27.