Based on a musical he wrote when he was 19 years old, a musical that has run on Broadway and traveled the world, IN THE HEIGHTS is Lin-Manual Miranda’s newest movie musical and it is sure to be a sensation when it is released in Irish cinemas later this year. Based in Washington Heights, New York, IN THE HEIGHTS is the story of a neighbourhood going through big changes and what that means for the community as a whole.

When Movies.ie checked in with Lin-Manual Miranda via the magic of Zoom to chat more about the new trailer for IN THE HEIGHTS, he was not only excited for the world to finally see this movie – it was filmed in 2019 – but he had a lot of love for the neighbourhood that inspired the film… 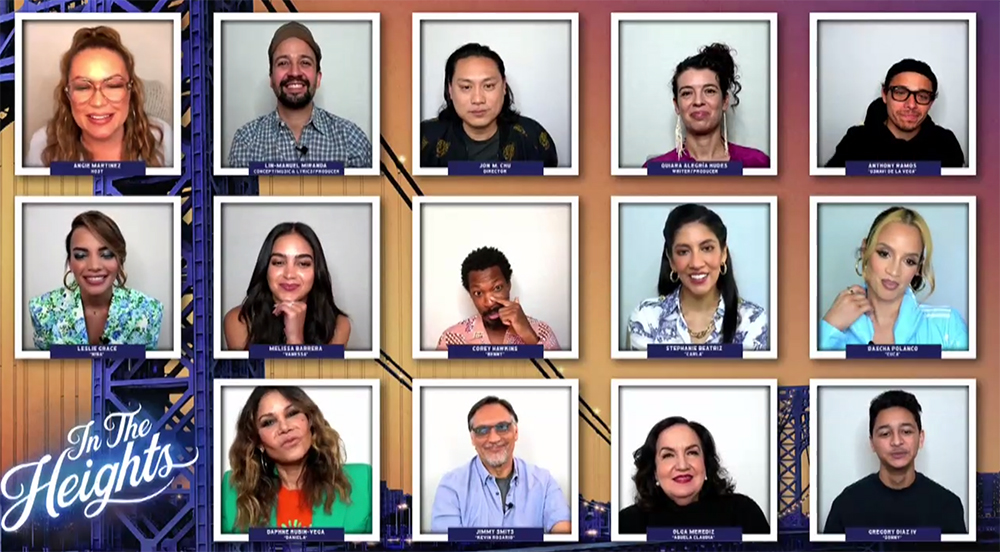 “I am talking to you from Washington Heights right now! [laughs] I love it here, the whole thing is a love letter to this neighbourhood; it’s such an incredible neighbourhood, and it’s the first chapter in so many stories. It’s a Latinx neighbourhood, it was a Domincan neighbourhood when I was growing up there in the 80s, but even before that it was an Irish neighbourhood. It’s always the first chapter in so many American stories and I think that’s what makes it universal. We are first generation kids, and we come from somewhere else, we always wonder ‘what would it be like if our parents stayed?” and those questions of home being really personal; what does home even mean? Every character is answering it in a different way. For some people is somewhere else, for some people home is the block they’re on. That’s worth singing about and that’s worth celebrating in a movie of this size”

Watch the new trailer for IN THE HEIGHTS below

Lights up on Washington Heights…The scent of a cafecito caliente hangs in the air just outside of the 181st Street subway stop, where a kaleidoscope of dreams rallies this vibrant and tight-knit community. At the intersection of it all is the likeable, magnetic bodega owner Usnavi (Anthony Ramos), who saves every penny from his daily grind as he hopes, imagines and sings about a better life.

IN THE HEIGHTS will arrive in Irish cinemas this summer!